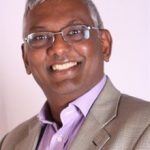 As background to this, it is useful to quote from the work of Prem Sikka, cited in Shah’s research:

“Successive governments have failed to investigate the firms, or prosecute their partners. Instead, the partners of major accountancy firms are given peerages, knighthoods, public accolades and government consultancies, all funded by taxpayers. The same firms have colonised regulatory bodies, fund political parties and provide jobs for former and potential ministers. This penetration of the state has bought them political insurance and their anti-social practices continue to inflict enormous social damage.”

It is well known that there was widespread audit and accounting failure in the UK prior to the 2008 Financial Crash. However, not one Big 4 audit firm has been investigated about their unqualified audits of major failed Banks prior to the Financial Crash, despite several appeals from academics like Professor Prem Sikka of Essex University, journalist Ian Fraser, author of Shredded – the truth about the RBS failure, and Richard Murphy.

This seems about to change with the latest letter from the UK Treasury Select Committee headed by Mr. Andrew Tyrie. They have asked the Financial Reporting Council to reopen its investigation into KPMG over its audit of HBOS, the biggest banking failure in British history, costing over £50 billion of public money. “It is now essential that the FRC [the UK’s Financial Reporting Council] get on with this investigation (into KPMG) without delay” – they write in a letter to the FRC CEO Stephen Hadrill. Kicking it into the long grass has been FRC’s strategy so far, but it may be that if it does so again, huge questions will be raised by the public over its own credibility as a regulator of Corporate Conduct and Accounting.

Here at Suffolk Business School, I have done detailed forensic research on the role of KPMG in the audit failure of HBOS and this paper also includes an interview with the head of Audit Quality and Ethics at KPMG. All relevant papers are linked here – and they provide rich detail. One key source for the research was the HBOS whistleblower and author Paul Moore who kept a detailed account of all his experiences and correspondence, and was also an ex-KPMG partner before he joined HBOS. Paradoxically, KPMG wrote an independent report endorsing his sacking by the HBOS CEO James Crosby, even though he was a partner there and known to the firm.

The principal findings from my research are that there were:

Further research by me, which explores the politics of risk management at HBOS and the Regulatory Arbitrage services provided by KPMG suggest that instead of managing public risk of its audit clients, KPMG seems to give a high priority to managing its own ‘regulatory risk’ and publicly admits this. If KPMG is itself a regulator, and manages its own regulatory risk, what does all this mean for our corporate governance and accountability system for large corporates?

The problems seem to me to be much wider and systemic to the accounting profession, its ethics, conduct and regulation. Much more policing and punishment is needed of the Big 4 firms, and audit should be taken out of their control in my view as they are highly conflicted with their consultancy services. Also the ICAEW needs to discipline firmly its members involved in the HBOS fiasco. And the FRC needs a fundamental shakeup.

“When it comes to the Big Four public accounting firms, the official word is still, Too Few To Fail, Too Powerful to Call to Account.”

With thanks to Atul Shah for the blog, which first appeared at Tax Research.