Nick Shaxson ■ UK and China: the national security threat from the City of London 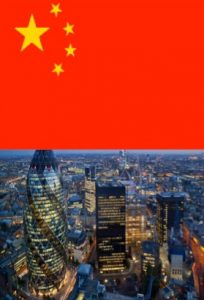 In March we wrote a short article (also discussed in our Taxcast) about the U.S.’ ire about what US officials said was Britain’s ‘constant accommodation’ with China.” That followed an earlier article a TJN blogger wrote in The American Interest about Russia and the City of London. In both cases we pointed squarely to the ‘offshore’-focused City of London as the source of the trouble:

“The City of London has been licking its lips at the prospect of a lot of money from the ‘offshore Renminbi’ market, and Chinese leaders know very well how powerful a tool the City can be in getting British leaders to do what they want.

We don’t take a position on which countries should have which geopolitical alliances: that’s for others to write about. And we don’t have advice for the British government about whether or not to join this Chinese-led initiative. But we do think it’s important for people to understand that the City of London, in a multiplicity of areas, has independent needs and demands that often conflict directly with those of British democracy.”

Now Prof. Jeffrey Henderson of the University of Bristol in the UK has written a new article, looking at the UK’s recent mega-deals with China in which he notes:

“At first glance, it seems an almost inexplicable paradox.

A right-wing British government has invited companies controlled by the Chinese Communist Party – and in one case, the Chinese military – into the heart of the UK’s strategically vital energy infrastructure. The nuclear deal between Britain and China goes against the advice of the security services, the military and the US government.”

And how does he explain this paradox?

“To explain this paradox, we must look carefully at another major deal in the British government’s flirtation with President Xi Jinping: the inter-penetration of the two countries’ financial services

Britain and China’s agreement to explore real-time linkages between the Shanghai and London stock exchanges offers an enticing glimpse of the future for City institutions as they hope that China’s economy will become an historically unprecedented financial services bonanza.“

We’ve long argued – notably in our Finance Curse outputs – that in finance-dependent economies like the UK’s, there is a process of political ‘capture’ by the financial services sector. And — to put it very crudely indeed: if you can capture that sector – then it is a short cut to capturing the country, or at least getting a huge amount of difficult-to-dislodge political influence on the cheap. The bigger this Renminbi thing (or even the City-mouthwatering prospect of this Renminbi thing) becomes, the more China will be able to get Britain’s leaders to do its bidding.

The City of London is a remarkably powerful crowbar that foreign powers can pull.

The kowtowing is of course well underway: a former adviser to British Prime Minister David Cameron has called the obsequiousness “the worst national humiliation since we went cap in hand to the IMF in the 1970s”

It’s yet another reminder that the size of the City has profound national security implications. As the Times newspaper put it (subscription-only: see here for a summary):

“A security source told the Times: “There is a big division between the money men and the security side. The Treasury is in the lead and isn’t listening to anyone – they see China as an opportunity, but we see the threat.”

And — again as shown by the Finance Curse literature and a lot of academic research besides — beyond a certain size, an overweening financial sector leads to lower economic growth and a host of other economic, political and social ills – and Britain reached that point long ago. The ills include this particular economic one on the nuclear deal:

“The British government has locked itself into a guarantee to pay over $140 per kilowatt-hour for the plant’s output—over twice the current wholesale market price.”

Not only that, but as this Chatham House briefing notes:

“There is no assurance that the rewards of cosying up to China will outweigh the risks. China generally respects those who display firmness not weakness.”

All things considered, it would seem that Henderson’s headline is apt: Britain’s nuclear deal with China is a boon for bankers – and no one else.

(The article is also available at The Ecologist.)