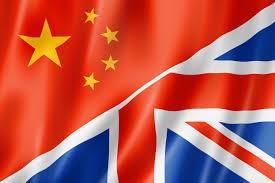 A year ago today’s TJN blogger wrote an article for The American Interest magazine entitled Putin, the U.S. and the City of London: The Much-Too-Special-Relationship. It made the bold statement:

“The truth is that the City of London is a greater potential threat to the national security of the United States than almost anyone supposes.”

And it quoted Ben Judah, author of a controversial New York Times article on the subject, as saying:

“Britain is ready to betray the United States to protect the City of London’s hold on dirty Russian money. And forget about Ukraine.”

Well, in that episode the angry words were largely confined to the media. Now we have another episode where the U.S. government is getting involved directly, pointing out that the City of London seems to have led the UK away from its traditional alliance with the United States.

It is just as we predicted then, and continue to predict. This time, it’s not Russia but China.

The Financial Times has just published an article entitled US attacks UK’s ‘constant accommodation’ with China. We saw this headline and clicked on it, expecting the City of London to be behind these accusations of betrayal. And we were right.

“The Obama administration accused the UK of a “constant accommodation” of China after Britain decided to join a new China-led financial institution that could rival the World Bank. The rare rebuke of one of the US’s closest allies came as Britain prepared to announce that it will become a founding member of the $50bn Asian Infrastructure Investment Bank, making it the first country in the G7 group of leading economies to join an institution launched by China last October.”

A senior US administration official told the FT that Britain took this decision after “virtually no consultation with the US,” and the story makes it clear that they are hopping mad about this.

As we’ve also noted, the City of London has been licking its lips at the prospect of a lot of money from the ‘offshore Renminbi‘ market, and Chinese leaders know very well how powerful a tool the City can be in getting British leaders to do what they want.

We don’t take a position on which countries should have which geopolitical alliances: that’s for others to write about. And we don’t have advice for the British government about whether or not to join this Chinese-led initiative.

But we do think it’s important for people to understand that the City of London, in a multiplicity of areas, has independent needs and demands that often conflict directly with those of British democracy.

This conflict is another one of the clear symptoms of the “Finance Curse”  that we have been writing about. More money for the City of London, less national security, perhaps.

Is that a recipe for ‘improved competitiveness?’ A price worth paying?