Nick Shaxson ■ How the wealth managers do it: an in-depth investigation 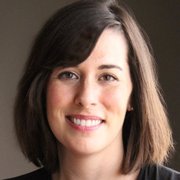 The Atlantic is carrying a truly fascinating article entitled Inside the Secretive World of Tax-Avoidance Experts. And this researcher, Brooke Harrington, went to town on it:

“Given the little that is known about the profession and its role in global inequality, it seemed imperative to learn more about how wealth managers pull off this sleight of hand. . . . taking advantage of a research fellowship I was awarded in Germany, which freed me from teaching and administrative responsibilities for a few years, I decided to jump into the field with both feet. Reader, I trained to become a wealth manager. That initial part of my study took two years, many thousands of dollars, and hundreds of thousands of miles of travel. Although I never practiced as a wealth manager, training to join the profession opened the door to a secretive realm that would otherwise have remained closed to me.”

That is quite something. And the article is replete with fascinating detail: we could have chosen many, but we’ve settled for this one:

“I was robbed during my research trip in the Cook Islands; the circumstances were so frightening that I had nightmares about the incident for months afterward. After I finished giving my report to the police, I went for a walk, ending up at a small harbor where a Maori fisherman was cleaning his catch. I must have looked as dazed and traumatized as I felt, because he interrupted his work to ask me what was wrong. When I explained, he laughed and said that since the financial-services industry had grown so powerful on the island, crime rates had shot up. It was as though being in the business of evading the law had created a kind of contagion, corrupting island life even in aspects that had nothing to do with finance. “Everyone calls us the Crook Islands now,” he said.”

Though that’s merely an anecdote, it’s a progression that we and many others have been aware of for a long time, as a direct result of the ‘capture’ of whole societies by offshore finance. Many, many countries — such as the UK — would do well to consider this as one of the multiple costs of bowing down to offshore finance. And one other detail, which fits exactly with what TJN (and Treasure Islands) describes:

“a domain of libertarian fantasy made real, in which professional intervention made it possible for the world’s wealthiest people to be free not only of tax obligations but of any laws they found inconvenient.”

A really important contribution: we’re itching to reproduce more of this article but it’s best if you just go there and read the whole thing. It’s not that long. Harrington says she will be publishing a book on this soon.

And a couple of (older) related academic contributions from Harrington:

Trust and Estate Planning: The Emergence of a Profession and Its Contribution to Socioeconomic Inequality

From Trustees to Wealth Managers