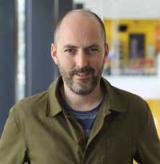 This was originally posted yesterday at the new Fools’ Gold site, which is dedicated to understanding how nations do or don’t ‘compete’.

The term “UK PLC” — the ‘PLC’ bit standing for Public Limited Company — evokes notions that whole countries behave like corporations. It is routinely trotted out by politicians in the United Kingdom: why, this FG editor even heard (and gnashed teeth at) this very term on the BBC’s Today Programme this morning, on a day when 100 UK business leaders signed an open letter suggesting that the UK must display that it is “open for business” by supplying further tax cuts and other goodies to large corporations.

Versions of these kinds of slogans, implicitly equating the interests of large corporate players with the wider national interest, can be found in most countries.

In our latest article, Will Davies asks how slogans such as these – which are intimately intertwined with notions of ‘national competitiveness’ – have managed to achieve such sway over policy-making, around the world.

There is no such thing as ‘UK PLC’

Mainstream economists have never tired of arguing that nations don’t compete with each other, at least not in the way that firms or individuals do in a market. To view nations as economic competitors is to lapse into ‘mercantilism’, not just a bogey word for the economics profession, but arguably the political creed that economics was invented specifically to discredit.

Mercantilism refers to political interventions in international trade, which seek to hoard wealth in one location at the expense of another. In the 18th century, this meant seeking to amass gold, by fair means or foul. Today, it is more often those who seek to artificially weaken their currency – such as Germany or China – for the benefit of their export industries, who are accused of committing the ‘m’ word. Protectionism would be another egregious case of mercantilism.

The central argument of liberal economists, dating back to Adam Smith, is that this competitive, parochial mentality is ultimately self-defeating. The market is a ‘positive sum’ game, not a ‘zero sum game’, but only if policy-makers allow it to be so. Since Smith’s day, newspapers, political parties, think tanks, multilateral organisations, international laws and endless rounds of trade agreements have taken up this cause, to keep the mercantilist instinct at bay. Nations are not firms, and when they act in a strategic, competitive economic fashion, the net result is bad.

Why, then, has the vision and rhetoric of ‘national competitiveness’ achieved the public and political plausibility that it has? How is the entire liberal economic establishment swatted aside so easily?

“The language of ‘national competitiveness’ has served as a devastatingly successful political land-grab on the part of financial and corporate interests.”

I think there are three possible answers.

The first is that it is liberal economics that is deluded, and not the advocates of ‘national competitiveness’. Arguably, mercantilism never went away, even if the post-War Bretton Woods system held it in check better than bodies such as the World Trade Organisation have managed since. Political realists need only point to the existence of the lobbying industry to highlight how businesses lean on domestic politicians for favours, incentives and special treatment. Describing China, say, as ‘mercantilist’ is simply sour grapes on the part of those who had enjoyed decades of international supremacy, on the basis of an equally self-interested approach to trade.

The second possible answer is that politicians need some language through which to express economic patriotism or localism. When the Chancellor of the Exchequer turns up on yet another building site in a hard hat, he cannot stand before the cameras saying “global trade is positive sum in the aggregate, and therefore it is none of my concern whether this factory is built in Grimsby or Shenzhen”. So long as politicians are judged on national economic indicators such as growth and employment, they will seek to inject parochialism into economic policy, or at least into economic rhetoric.

But it is the third answer that brings us squarely to the distinctive aspects – and distinctive dangers – of the ‘national competitiveness’ mantra, which is unlike traditional mercantilism in key respects. For what the language of ‘national competitiveness’ does, in ways that are not simply mercantilist, is to offer a powerful analogy: the nation state is a giant corporation. Those that benefit most from this analogy are corporations themselves, although the handful of ‘super-rich’ individuals who now move between a number of global cities also benefit.

Corporations, which emerged in the late 19th century thanks to limited liability protections for shareholders and the emergence of professional management, have always been slippery and curious entities. They have their own internal rules, cultures, systems of accountability and governance mechanisms. But for the most part, these are developed for the strategic purpose of making profit for external shareholders. They are simultaneously socio-political communities and items of private property. As corporations have become more dominated by financial capital since the 1970s (albeit to the vast enrichment of senior management), the strategic approach to governance and ethics has got starker, engulfing workplaces in a sense of irony, as the language of management becomes increasingly divorced from what’s really going on.

One of the most insidious effects of representing a nation state as a corporation, as manifest in terms such as ‘UK PLC’, is to view national rules – aka ‘the law’ – in a similarly instrumentalist, malleable fashion. The rituals and symbolic practices which distinguish ‘law’ from, say, an HR code of conduct become deliberately emptied out, and law becomes viewed as one of many ‘assets’ (perhaps even as a form of ‘capital’) through which a nation can compete. Competitiveness think tanks and projects such as the World Bank’s ‘Ease of Doing Business’ rankings assess rival legal systems, in terms of how convivial they are to corporations.

Taxation, which has been historically entangled with political movements for democratic voice, becomes nothing but a ‘cost’ for the national PLC to minimize, or face the consequences. Rather than view corporate governance as a microcosmic version of parliament, parliament comes to appear like an inefficient and unpredictable model of corporate governance. Placing economic policies beyond the control of elected representatives has long been an ambition of ‘national competitiveness’ advocates, for this very reason.

There is a direct and deliberate inversion going on, as if the corporation had been in existence for centuries, while the state was a relative newcomer to global capitalism. Propping up this absurdity is a more serious issue: that, since the 1970s, states have confronted a new global horizon, in which certain forms of capital have acquired far greater powers of movement, should they be needed. Yet this dramatic increase in mobility is as much as symptom of reduced regulation as it is of technological acceleration. States made it happen.

In my book, The Limits of Neoliberalism, I define neoliberalism as the “disenchantment of politics by economics”. Carefully and deliberately, the language of politics (of law, democracy, the public, the state) has been replaced by that of economics (of efficiency, management, incentives, governance). This is facilitated through the application of measurement tools (such as competitiveness evaluations) to criticize public institutions. An inversion takes place, where states become ‘like giant corporations’, rather than corporations being ‘like mini states’. Subjecting laws and regulations to forms of cost-benefit analysis, as if their purpose were indistinguishable from efficiency, is a symptom of this. This then opens the door to private consultants to advise on how such efficiency might be increased, while concealing the question – ‘efficiency for whom?’

The liberal critique of ‘mercantilism’ is valuable up to a point. But economists are naive if they believe they are simply in a scientific debate about the best route to welfare maximisation. There are different accounts of what welfare and efficiency mean, different paths to get them adopted by politicians, and very rarely is anyone acting on behalf of some vaporous economic aggregate.

The language of ‘national competitiveness’ has served as a devastatingly successful political land-grab on the part of financial and corporate interests, and needs to be seen as such, if it is to be discredited.