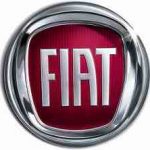 “Fiat said on Wednesday it would register the holding of its newly created Fiat Chrysler Automobiles group in the Netherlands and set its tax domicile in Britain, cementing a politically sensitive shift away from its home base in Italy.”

This will be trumpeted as a victory for the UK’s so-called ‘competitive’ tax regime, where the UK will now only charge tax on profits earned in the UK, but not on profits that those UK-domiciled companies earn anywhere else in the world. In these recent changes to attract ‘filing cabinet’ head office structures, as Richard Murphy at Tax Research summarises,

‘the UK is quite explicitly playing the role of a tax haven in this set up, combined with the use of the Netherlands  in a similar capacity.
. . .

the structure allows income and gains to flow through Europe to an HQ location (like the UK) with little or no withholding tax on the way, and the ultimate ‘no tax’ set up can now be created in London based on the argument ‘nothing happens here’ because it’s all been taxed ‘elsewhere’ – whether that in fact is true or not.”

And very often it has not – and it’s not just Europe that is in play here. Richard Brooks, in a  2011 parliamentary analysis of the UK tax reforms, called the tax changes

“a beggar-thy-neighbour policy with serious consequences for developing countries.”

ActionAid said in 2012 that these moves to make the UK’s tax regime more ‘competitive’ – to water down the UK’s anti-tax haven rules – could cost developing countries £4 billion, equivalent to nearly a third of the UK’s aid budget.

That’s appalling. But at least the UK at least will be benefiting from this, right?

“The Italian group said the creation of the new group would have no impact on headcounts in Italy or elsewhere.”

Let’s get this straight.

This is going to tear a great hole in developing countries’ tax revenue – not to mention Italy and other countries – and neither the UK, the Netherlands, nor anyone else will be gaining a single job from Fiat? (To be fair, a handful of UK beancounters and lawyers will get some work out of the tax structuring work, but it won’t be a whole lot.)

What do these changes mean for overall corporate tax revenues? Well, as the FT reports, corporation taxes from big businesses fell by a quarter – a quarter! – last year alone, due to

“a drop in profits and a historic shift in the way companies are taxed.”

It’s that ‘historic shift’ that we’re talking about here. And it’s not as if those corporations,  sitting on trillions in idle cash piles, have any use at all for those tax cuts. They will increase wealth concentrations – and they won’t increase investment.

And let’s not forget, amid all this, that the corporate tax is a particularly precious tax.

So, as we never tire of asking, what exactly does it mean for a country to be ‘competitive’ on tax?

Corporate tax cuts transfer wealth directly away from taxpayers, or from roads and schools and courts – and into the pockets of (often and perhaps usually foreign) owners of capital, and executive bonuses.

What is ‘competitive’ about that?

These kinds of offshore subsidies subsidise foreign multinationals, enabling them to out-compete locally owned businesses, killing them on a factor – tax – that has nothing to do with genuine economic productivity or innovation. It reinforces monopoly powers, raising prices for consumers.

Please could somebody explain what is ‘competitive’ about that. And what does the c-word even mean in this context?

And this ‘competitive’ tax regime will cost many, many billions over the coming years: lost education, more sick people, crumbling infrastructure, and higher public debt. More symptoms of the Finance Curse.

Please. Somebody – anybody – explain how this makes Britain more ‘competitive.’