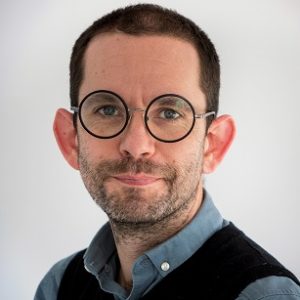 The OECD’s triumphal announcement of the Inclusive Framework tax reforms last month was followed in close succession by the larger G77 group of countries tabling a proposal in United Nations negotiations for a genuinely inclusive intergovernmental tax body under UN auspices. Martin Hearson is a research fellow at the ICTD who has studied the power dynamics in international tax negotiations, and we’re delighted to cross-post his assessment.

G20 leaders are celebrating a new agreement to strengthen the taxation of tech firms and create a global minimum tax, reached by 136 jurisdictions and brokered at the OECD. Numerous lower-income countries have expressed frustration that their influence was marginal and their demands rejected, but many have nonetheless signed up.

These negotiations reflect today’s political landscape, but resemble a century of international tax negotiations that have disadvantaged lower-income countries. As the organization representing African tax authorities has argued, the continent is “beset by serious issues such as . . . tax treaties with no appropriate tax allocation rights.” There are over a thousand bilateral treaties curtailing lower-income countries’ ability to tax foreign multinationals. In my book, Imposing Standards: The North-South Dimension to Global Tax Politics, I explain how this came about.

First, policymakers based their decisions on political priorities, oversimplifications and misapprehensions. In Zambia at the turn of the 1970s, a changing cast of politically-appointed Revenue Commissioners raced around Europe negotiating tax agreements in the hope that this would bring more investment. A government adviser told me: “a tax treaty…was seen at the time in the minds of policymakers as opening the door to the possibility of foreign investment… There wasn’t a very good awareness of the revenue consequences.”

Half a century later, as one African negotiator said, “African countries have been brainwashed into thinking that they need [tax] treaties, but they don’t.” This should lead us to question the new global deal: will developing countries be better off if they sign up?

The politics of expertise

Too little knowledge can be a dangerous thing, but tax knowledge embodies interests, typically those of capital-rich countries. Whether acquired through formal technical assistance and training or in the process of negotiating itself, the knowledge on offer to lower-income countries is imbued with ideas about the ‘acceptable’ way to tax multinationals.

In the 1970s, British officials wrote that the country’s expanding network of bilateral tax treaties was above all a means to “impose acceptable standards…in countries…where such standards would otherwise be absent.” When Vietnam opened to foreign investment in the 1990s, capital-exporting countries took advantage of officials’ lack of experience to lock the country into treaties based on OECD standards.

Lower-income countries must be capable of critically analysing international tax standards, as well as underlying premises about what it is ‘acceptable’. It will become increasingly difficult to defend ‘unilateral’ taxes on tech firms once the G20/OECD deal is in place, even if replacing them with international standards leaves a country worse off.

These dynamics mean that, while business power has played no small part in creating today’s international tax regime, it is most effective on the technical plane. In 1970s Britain, the Inland Revenue was pressured by other parts of government to sign tax treaties with countries that refused to accept OECD standards. The Inland Revenue’s opposition – endorsed, surprisingly, by senior tax officials in British businesses – was because “it is of little use to try to ‘educate’ developing countries…about acceptable international fiscal standards if, when it comes to the crunch, we are prepared to sacrifice principle in order to secure an agreement.”

The power balance between political actors and technicians is shaped by the institutions of government. While the British technocrats prevailed in this cross-government struggle, in lower-income countries they often lose. For example, in Zambia during the 2000s, political priorities produced treaties with tax havens such as Mauritius, while leaving problematic older treaties untouched. This situation has improved in recent years as technocratic and political priorities aligned.

A final point concerns historical disadvantage. Few tax negotiations begin from a blank slate: instead, incremental changes are layered on top of each other, anchored by the authoritative status of the OECD-dominated status quo. When lower-income countries gain a seat at the global table, they must advocate for changes to that status quo, a harder task than defending it. This dynamic has persisted since the earliest negotiations in the 1920s. At national level, great negotiating skill is frequently undermined by the precedent of poorly negotiated past treaties.

How can countries overcome these barriers?

First, by expanding the pool of expertise so that critical perspectives gain momentum, and the existing monopoly on authoritative forms of tax knowledge is broken. In Imposing Standards, I cite Cambodia as an example of a country that invested in technical capacity before negotiating, developing a position and model that matched its own priorities.

Second, through technocrats and their political principals working together, so that lower-income countries’ negotiating positions combine the best expertise with political backing. Nigeria’s firm stance against the global tax deal is a good example of this.

Third, stronger democratic oversight of international tax negotiations will, if anything, strengthen negotiators’ hands. A high court challenge in Kenya, for example, means that the government will now ratify tax treaties with public consultation and parliamentary scrutiny.

Many representatives from lower-income countries seem disenchanted with recent negotiations at the OECD, with some countries deciding to go their own way. At the same time, the new members of the UN Tax Committee recently agreed an ambitious plan of work for the next four years. Perhaps this will herald a turning of the tide against the tax standards that for so long powerful states have imposed on others?

Martin Hearson is a Research Fellow at IDS and ICTD's International Tax programme lead. His research focuses on the politics of international business taxation, and in particular the relationship between developed and developing countries. Before joining ICTD, Martin was a fellow in international political economy at the London School of Economics and Political Science, teaching courses on political economy and global financial governance.