The UN Special Rapporteur on Extreme Poverty and Human Rights Philip Alston is making an official visit to the United States to investigate the links between the growing phenomenon of poverty and human rights deprivations. This comes at a time when the current administration is working on passing some of the most regressive tax reform proposals in U.S. history. Our friends and colleagues at the Center for Economic and Social Rights have raised their deep concerns over the devastating consequences, not just for citizens in that country, but for people around the world. They’ve detailed their view on the human rights costs of these proposals in a formal submission Fiscal Impoverishment in the United States, In it they warn that these tax plans will deepen poverty and inequality for those living in the United States, enable transnational tax abuse and undermine the ability of countries around the world to invest in human rights.

stripping the tax code of much of its progressive elements. The plan to cut the corporate income tax rate to 20%, combined with provisions for “pass-through” businesses and estate tax exemptions, are designed to divest public resources from the federal government, while creating massive loopholes which will empty the public purse of at least $1 trillion over the decade.

Even more U.S. companies will get away with paying no taxes at all, while low-income workers will be forced to pay proportionally more taxes. If the plan goes through as is, companies and high-net wealth households will enjoy an even lighter tax burden, while a majority of taxpayers in the lower 95% of the income spectrum would pay more in taxes after ten years, just as the social services essential to fighting poverty and inequality (such as Social Security, Medicaid, early childhood education, Pell grants and the Supplemental Nutrition Assistance Program) are cut.

“As designed, the costs of this self-inflicted $1 trillion budget hole will be borne by the poor and disadvantaged in the U.S., widening already obscene levels of social and economic inequality,” said Ignacio Saiz, CESR’s Executive Director.

The bill’s plan to repeal the Affordable Care Act’s individual mandate provision to finance the proposed cuts is one of the most glaring aspects of its direct effects on social rights. With removal of the mandate, healthier individuals would most likely opt out of the health insurance markets, disproportionately raising premiums on those from lower- and moderate-income households. 13 million people will likely lose health insurance, which some have estimated to result in 10,000 avoidable deaths.

This historic disinvestment in public services will also drive discrimination and widen social disparities. For example, women’s unequal burden of unpaid care work will rise, as their rights to work and education are restricted, the submission argues. Due to the positioning of marginalized groups within the economy,the tax bill will likely also cause disparate and discriminatory impacts on children, youth, people of color, the LGBTQ community, immigrants, and people with disabilities.”

You can read more on their concerns here. 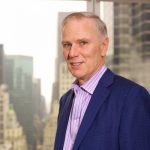 For those who use twitter, it’s well worth following UN Special Rapporteur on Extreme Poverty and Human Rights Philip Alston here. Very aptly, his twitter profile displays the words, ‘Poverty is a political choice.’ Absolutely right.

You can also follow the Center for Economic and Social Rights, which does some great work, here.