Nick Shaxson ■ Britain’s secrecy web: no corpses on the street, no problem 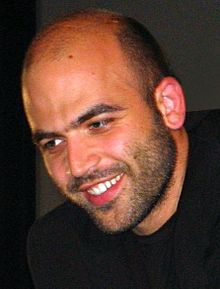 Organised crime expert Saviano: The British treat it as not their problem because there aren’t corpses on the street

On the occasion of a global anti-corruption summit in London, Tom Burgis has written a superb long investigation into the City of London for the Financial Times — read it, if you can get a copy. As a teaser:

“For Andrea, the contrast between the American and British responses to BSI’s activities was striking. A 2002 UK statute obliges anyone who suspects they are witnessing transactions involving the proceeds of crime to notify the authorities, even if they have no hard evidence of wrongdoing. That is what Andrea had done in 2008 — and received assurances from the watchdogs that they were on the case. “Rest assured,” wrote one investigator, “we are taking your information seriously and will use this as the basis for further investigation.”

The article is scrupulously polite in its treatment of Britain’s role in the secrecy web, and cites TJN’s Alex Cobham as saying what we have long noted: that Britain is the world’s most important player in the offshore game, when taken together with its dependencies such as Cayman or Bermuda. It notes one of the core offerings of offshore:

“The US went after the financial secrecy provided by BSI and others because they were directly depriving the American treasury of revenue. But if the BSI files and other leaks are any guide, many of the customers for secrecy services offered in the City are not British. So if those clients are evading taxes, they are defrauding not the British exchequer but the treasuries of Ukraine or Nigeria or Pakistan. Likewise, laundered money might be blamed for making property unaffordable, but it is also boosting the assets of affluent voters. Russian fortunes might be linked back to Putin’s circle, but they bring some fine footballers to the Premier League. All of which leaves those who study illicit finance wondering whether the UK really wants to clean up the City.”

As we said, the article is scrupulously polite. And, of course, people aren’t just ‘wondering.’ As Burgis continues:

And a last word, on this story at least, to Roberto Saviano, a best-selling Italian author on organised crime.

“The British treat it as not their problem because there aren’t corpses on the street.”

Also see Jeffrey Sachs’ article entitled To end corruption, start with the US and UK. They allow it in broad daylight, and an opinion piece by Simon Jenkins in The Guardian, which says:

“The essence of a corrupt state is “crony-capitalism”. It is the deployment of covert influence to subvert the disciplines of the market and revenue. It is bribery, tender-fixing, lobbying, tax-evading and otherwise abusing political power to secure individual or corporate gain. This week’s Economist carries a survey of the state of play in world crony-capitalism. It publishes a league table showing Britain’s record as appalling. It is the worst country in Europe, and 14th worst in the world – worse than France, Germany, America and Japan.

Nor does the index cover Britain’s role in oiling the wheels of crony-capitalism, through its supply of homes and tax havens to the global rich.”