John Christensen ■ No country for dirty money: behind Britain’s populist promise on corruption 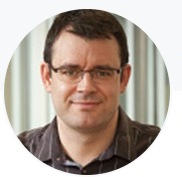 This guest blog by Jörg Wiegratz was originally published by The Conversation, and is re-published here with the author’s permission

The contemporary global economy is characterised by high levels of corruption and crime. Economic chicanery and fraud are rife in many business sectors – and the banks that provide the funding which keeps the whole machine running have been so frequently fined and admonished that it has almost become routine. It is no wonder that political leaders understand the electoral value of moves to clean up the grubby workings of capitalism – but do they understand the beast they will unleash?

There had to be a reaction to the wrongdoing – and it is notable that, after two decades of light-touch regulation of the economy, a number of states around the world have sought countermeasures designed to uncover and reduce fraudulent activities in their economies. So there are regulatory initiatives, inspections and pledges to “clean up” the economy, complemented by the efforts of consumer protection and tax justice campaigners.

The global financial crisis was clearly a catalyst for this, as well the string of eye-opening revelations about corporate trickery and corruption since the mid-2000s and the resulting public debates about elite criminality, moral crisis and the future of capitalism.

We now have a range of post-crash ideologies advanced by political and economic leaders to steer us into a new “cleaned-up” world and ideological order.

It was therefore only a matter of time before the UK prime minister, David Cameron, offered his take. Against the background of mounting debates about London as the city of criminal and dodgy capital, Cameron declared the following in a noted speech in Singapore. It is worth quoting this in some length:

I am determined that the UK must not become a safe haven for corrupt money from around the world. We need to stop corrupt officials or organised criminals using anonymous shell companies to invest their ill-gotten gains in London property, without being tracked down … I want to ensure that all this money is clean money. There is no place for dirty money in Britain …. That is my message to foreign fraudsters: London is not a place to stash your dodgy cash. The challenge I am laying down for every country today is to root out the rot of corruption – to ensure transparency over what your own companies are doing; require transparency for foreign companies in your country too and work with us to spread this approach to transparency around the world.

There have been various reactions. A Guardian editorial offered “a big round of applause” and there were calls for a concerted effort to bring about capital transparency, but there were also criticisms from anti-corruption campaigners, about perceived hypocrisy on the matter.

This “dirty money” debate shows, yet again, that a significant share of the political discussion about the way forward in terms of economic policy is not just about the big, macroeconomic dimension. It is not just the stuff of interest rates, quantitative easing, public debt, Keynesianism or monetarism. It is now also about everyday economic practice – or, to be more precise, the different ways of earning a living, making a profit, taking a cut and so on in a capitalist economy. The case of the recently announced crackdown on dodgy cold-calls is one such example.

That terrain of debating the actual practice of profit-making, taking and maximisation is deeply tricky for all sorts of people who decide how capitalism works: politicians, business people and regulators, to name only three. Expanding these debates can not only lead to predictable charges from critics of government about double standards, ineffectiveness, and lack of “political will”, but also to revelations and uncomfortable truths – including cases that perhaps involve business partners, friends and family of our officials – as well as questions and public outrage about “dirty practice” wherever it is found.

There is already a rich vocabulary used in the media that points to dubious or plain dishonest business practices. And remember the ideas advanced by former Labour Leader Ed Miliband about “true wealth creators” versus “asset strippers and predators” displaying “predatory behaviour” and embodying a “fast-buck” and “anything goes” culture.

David Cameron has now advanced his own categories to view the world of business in moral terms: clean as opposed to dirty money, corrupt money (as opposed to non-corrupt?), dodgy cash (versus trustworthy?), corrupt officials (versus non-corrupt?), fraudsters (versus honest business people?). This terrain of discourse about which businesses are, in the PM’s words, “legitimate and proper” and which are not, is a highly sensitive, political, difficult and dangerous one.

Talk is cheap. How do you translate your moral categories for business into ideologically coherent policies that make sense in terms of everyday practice, as well as speeches? And, in the medium term, do you create Big Society type interventions, make school curricula changes, review corporate sponsorship deals, and so on, based on your zero-tolerance-to-dirty-cash policy?

It gets harder still when Cameron has to work out how to respond to calls that might come up for a truth and justice commission on ill-gotten wealth in Britain and the countries that are major sources for large investment in London. This political move to label “dirty cash” has manoeuvred political leaders like Cameron into a moral-economic labyrinth and signalled political-economic conflicts that offer no easy way out. He should expect to hear the language of his Singapore speech quoted back to him in the House of Commons.

We don’t know if there is a way back for our leaders into their pre-crash ideological dreamland of the 1990s and early 2000s – where the legitimacy and hegemony of capital was somewhat more stable, and the methods and consequences of profit making discussed less or differently. But what we do know is that Cameron’s promise of a world where “corruption in all its forms” is defeated; where all the investment coming into the UK is “clean”; where no foreign fraudster hides “dodgy cash” in London, and where no place in Britain will be home to “dirty money” at all, is populist spectacle at its best.