Last year the St. Louis Post-Despatch published an editorial entitled Missouri Senate declares class war against citizens, looking at tax subsidies being showered on businesses in an effort to lure them away from neighbouring Kansas – which, in turn, has been showering subsidies on businesses to cross the line to its side.

There are probably fewer places in the world where this senseless race to the bottom is most evident. The process is widely known as tax competition but we prefer to borrow from the Brazilian term Guerra Fiscal (tax war, or tax wars) – partly because it is the more economically literate term, and partly because it conveys the harm more accurately.

Well, the U.S. nonprofit Good Jobs First has just alerted us to this rare piece of good news:

“Senate Bill 635 would prohibit the state’s business subsidies from being awarded to businesses relocating within the two-state metro area from Kansas to Missouri.  However, the law will only go into effect if Kansas enacts a companion law limiting its own use of state business incentives in the Kansas City metro within the next two years.”

It’s striking that the Missouri bill, sponsored by Republican Senator Ryan Silvey, is so widely supported. For example:

“One of the most vocal supporters of the effort to end the border war is a coalition of metropolitan business leaders, who in 2011 submitted an open letter to governors in both states demanding a cease-fire.”

Last month the same group published another letter, including this:

“For the last several years, both states have followed a destructive practice of encouraging a cross border job shuffle. This has cost taxpayers hundreds of millions of dollars and it has generated little or no new economic activity. Neither state is a winner.”

The last sentence could have pointed out that both states are the losers, but hey.

What we would add to this is that it seems likely that even if Kansas doesn’t play ball, it – or, to be precise, the large majority of its citizens – will still be the loser. 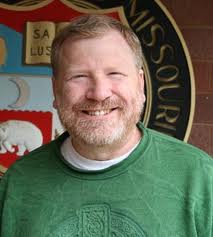 Bill Black: the only way to win is not to play

Prof. William K. Black of (as it happens) the University of Missouri Kansas City cites the 1983 movie WarGames,

“‘The Only Winning Move Is Not to Play’”

That war metaphor again. He was talking about the financial regulatory race to the bottom – but this argument can absolutely be applied to tax.

The maths (or the math, if you’re from the U.S.) from a tax perspective is quite simple. It goes as follows.

First, consider that tax is not a cost to an economy, but a transfer within it. Tax cuts for big multi-state (or multinational) corporations transfer resources away from, say, schools and hospitals, and towards say, factories. This transfer doesn’t automatically make the economy as a whole more (or less) competitive.

So let’s assume that there is a balance here between the winners and the losers.

But that’s not the end of the story. All of the resources involved in tax cuts are taken away from locals, but only some of those resources will filter back to locals, as a good chunk of them will be captured by the out-of-state and foreign shareholders of the large corporations. So locals lose all the resources in tax cuts but only get some of them back in the form of corporate goodies – that is, locals, on balance, are automatically the losers.

In other words, being tax ‘competitive’ – to use the populist term – is likely to make your economy as a whole less competitive. (The lobbyists try to counter that by saying that tax cuts attract just so much out-of state business as to make it all worthwhile, at least from a selfish perspective – but all the evidence shows that this just ain’t so.)

And there’s more. Tax cuts for these multistate/national corporations transfer resources away from poorer people towards richer people. And we and many others have written at length about the problems that rising inequality can cause.

In this battle, the ball is firmly in Kansas’ court now.