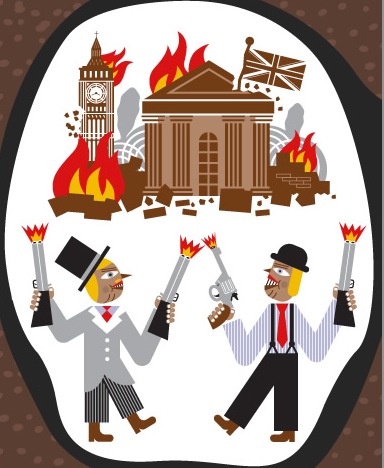 From Britain’s Telegraph newspaper, an article entitled Cool London is dead, and the rich kids are to blame:

That is our quote of the day, but for those who know London, the whole article is well worth reading. Among other things, it chimes very well with our view of the United Kingdom as one of the most important, if not the most important, see-no-evil offshore financial centre, but it also chimes with our view that countries should pay more attention to the possibilities of a Land Value Tax (see more on that here).

And there is a clear Finance Curse element:

“Boris [Johnson, the Mayor of London] presides over all this like a comedy buffoon. He says he’s maintaining London’s edge as a leading business centre. But all he’s doing is bending over backwards for the rich and the finance industry – and he’s actually starting to harm the creative industries, the media and the arts. He talks about the benefits that being a global magnet for wealth bring to London, but, to adapt a John Stewart joke, when the super-rich appear to do something for your benefit, that’s just the invisible hand of the market giving you a reach-around.”

Our emphasis added: that bit in italics is, we would argue, a major understatement.

But do read the whole article. Not only is it entertaining, but likely prescient too.