We are pleased to support and co-host this joint statement on trans-solidarity on behalf of feminists for fiscal justice, tax and economic policies.

We are feminists working for fiscal justice for all women and for women’s inclusion in – and a feminist perspective on – debates around tax and economic policies.   We make this joint statement on behalf of ourselves and on behalf of the organisations and networks we represent.

We commit that our analysis, advocacy and organising for fiscal and economic justice for women are feminist and intersectional, based on the understanding that women’s experiences of oppression and discrimination are unique and vary according to gender, race, class, sexual orientation and gender identity, disability, age, caste, ethnicity, migration status, amongst other factors. We strive to act on an inclusive understanding of womanhood and we stand in solidarity with all our sisters who are marginalised under a patriarchal economic system. We recognise that trans women are at risk of heightened levels of violence and marginalisation due to misogyny, gender inequality and transphobia in society. We affirm that trans women are women, trans men are men, and non-binary gender identities are valid.  We unreservedly reject any linking of gender to a “biological” sex binary. We believe in challenging such analysis, as it bears no relation to modern scientific understandings of the expression of sexual differentiation in humans and, more importantly for our purposes, bears no relation to the patterns of gendered oppression, including economic, social and political exclusion, experienced by all women.

We believe there needs to be solidarity in women’s, feminist and LGBTIQ movements to generate collective power to address structural barriers to gender equality. We strongly reject the notion that being inclusive of trans women in our economic justice work will somehow jeopardize or dilute the rights of cis women. We also reject the idea that increased access to rights for trans women, including the right to health, to work, to housing and to live a life free from violence, will result in diminished rights for cis women. We advocate for economic systems, including tax and budget policies, which are capable of delivering human rights and substantive equality for all and which repair historical patterns of discrimination and injustice.

The UK Chancellor could have taxed income from wealth properly, strengthened our public services and invested in social infrastructure but chose not to 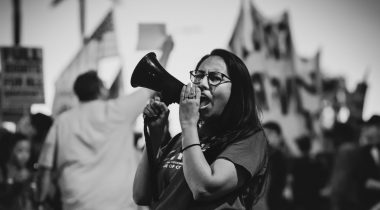