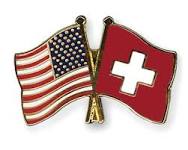 This concerns the OECD’s Common Reporting Standard (CRS,) a global scheme to share banking information. The United States isn’t a participating jurisdiction: it has its own FATCA project, which as we’ve remarked before, is good at ferreting out US taxpayers overseas, but provides relative little information in the other direction to help other countries enforce their own tax laws. Making the United States a giant tax and secrecy haven.

“The US will now be excluded from the Swiss definition of [a participating jurisdiction] as Swiss television reported, and as the federal government confirmed.”

This follows a challenge in the Swiss parliament to this effect.

Not only that, but it’s just been shown to us that the CRS itself makes it clear that countries have to reassess whether participation in the CRS is genuine. The CRS handbook says on p20:

In black and white. Not only is Switzerland seemingly planning to row back on its subversive pro-tax haven USA stance – it seems it has no choice. And in any case, it was always curious for a country whose financial secrecy sector has been so effectively targeted by the U.S. Department of Justice to then go out and support the cause of Tax Haven USA – particularly when the US-Swiss relationship is governed by an unusually restrictive “Model 2” arrangement which is especially skewed against Switzerland receiving any useful information from the U.S.

This appears to be progress. Having pointed all this stuff out ourselves, we hope we’ve been influential in shaping the debates in Switzerland.