Nick Shaxson ■ Two new transparency advances, in UK and US 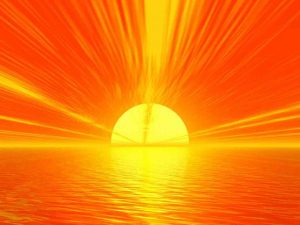 “Information on who ultimately owns and controls British companies goes live for the first time today.”

That’s good news, amid all the Brexit brouhaha (and idiotic and dangerous plans to privatise the UK’s Land Registry.) Meanwhile, the FACT coalition in the United States describes a different development in corporate transparency:

“The U.S. Department of Treasury released new rules today to require multinational companies to report profits and taxes paid on a country by country basis.  This is the first time that this information is being gathered in the United States and shared with other nations.  The information will be filed with the IRS and shared with states’ and other countries’ tax authorities with which the U.S. has agreements to exchange tax information.”

That’s a big improvement on the past: the latest victory in a country-by-country reporting campaign that we kicked off with Richard Murphy in 2003.

However, the U.S. information won’t be made public, which is a huge hole. Although U.S. multinationals will report country by country data to the U.S. Internal Revenue Service (IRS), the U.S. government will share the data with the tax authorities in “other” countries, but only through a series of bilateral agreements. Almost certainly, most developing countries will be left out. And journalists, anti-corruption campaigners, academic researchers, and anyone who wants to hold their own government to account, won’t be able to see or use the information. We need to expose things like Luxembourg’s sweetheart deals with multinationals, which would have stayed secret if it had not been for the actions of brave whistleblowers who received suspended prison sentences from a vindictive Luxembourg establishment, egged on by PwC, the perpetrators of the tax shenanigans.,

The simple, elegant and necessary solution is to make these country by country reports public.

“On 6 April 2016, new law came into effect that requires all companies to keep a register of the people who can influence or control a company. . . .  the new PSC [Person of Significant Control] register includes details such as the names, dates of birth and nationalities of the PSC. The company must confirm with the PSC that the information is correct.”

The register will be available to search free of charge from yesterday, but it will take up to 12 months to be complete (you can check here when any company is due to file.) Trusts, the great elephant in the room, won’t be included: see our two recent reports on trusts: Part 1 and Part 2.

The UK was the first country to commit to making such information transparent in 2013, and since then eight other countries either have or have promised to have such registers, and a further seven (plus the EU) are considering having them. And, as Global Witness note:

“The UK data that’s been released today isn’t just being made public, but is also being published in an open data format.  In other words, the data is free for anyone to download and use and can be read by a computer.  This is massively important as the advantages listed above of making beneficial ownership information public are critically dependent on making the information as easy to analyse as possible.”

We have been arguing that beneficial ownership registers of companies are essential complements to emerging global schemes to share banking information, notably the OECD-led Common Reporting Standard (CRS.)

1.  To help businesses know who they are doing business with.  91% of senior executives worldwide believe it is important for them to know the beneficial owner of entities they do business with.  Several prominent business leaders have put their name to the call for company ownership transparency, including Paul Polman, the CEO of Unilever, Bob Collymore, the CEO of Safaricom, Dominic McVey, entrepreneur, Richard Branson, the founder of the Virgin Group, Arianna Huffington, the co-founder of The Huffington Post and Mo Ibrahim, the founder of Celtel. For more arguments on why company ownership transparency is good for business see the excellent report ‘The Business Case for ending anonymous companies’.

2.      To help businesses and consumers protect themselves from being victimised by crime.  Is the health insurance you are buying actually going to pay out when you need it, or is it being run by people who are spending all the premiums on themselves?  Is the company you are going to invest in actually the company you think it is, or another company set up by fraudsters with the same name?  Is that business you are looking to invest in actually a Ponzi scheme?  Public beneficial ownership information is needed to help prevent and detect crimes like these (which are all based on real-life cases such as this, this and this).

3.      To help level the playing field.  If you own a small business or plot of land, you can be ripped off if you think you are negotiating with a small, unknown company, but are in fact doing business with a wily multinational hiding behind an anonymous company.  Public registries will help small companies negotiate on a more competitive basis.  The free market works best when all parties have full access to information.

4.      To help protect civil and environmental rights.  The restaurant you have been working at closes down owing you months in back-salary that the owner never paid you.  To take the owner to the small claims court to get your money back, you need to know who it is who owned the restaurant.  The same argument applies to companies that, for example, pollute the environment, manufacture defective products, harm their workers, and steal pensions.

5.      To help civil society detect crime.  If you live in a country where you can’t trust the police to carry out decent investigations, especially into people who are rich and powerful, then you are in particular need of company ownership information being available to journalists, NGOs and concerned citizens in order to help find out what is going on, and keep the system honest.

6.      To help law enforcement detect crime and apprehend criminals.  If the automatic exchange pilot doesn’t give automatic access to all beneficial ownership information, then law enforcement too will benefit from making beneficial ownership information public.  The problem at the moment is that police struggle to come up with the evidence they need to justify why another country should tell them who owns a company.  It’s a catch-22.  In addition, if police and tax inspectors have to request company ownership information from someone, there is a risk that the company owners are tipped off about the investigation, allowing them to move their money elsewhere.

7.      To help save money.  Three separate analyses (this, this and a 2002 UK government impact assessment ‘Disclosure of beneficial ownership of unlisted companies’) all show that the likely economic benefits of collecting beneficial ownership information and then making it public outweigh the costs.

8.      To help prevent insecurity.  Money laundering fuels political instability around the world and supports terrorists and extremism.  Making beneficial ownership information public will reduce the places around the world in which terrorists can hide their money.

From Citizens for Tax Justice in the United States:

“We released a short report today comparing the amount of subsidiaries (and tax haven subsidiaries) listed by a select number of companies who are required to disclose this information to both the SEC and the Federal Reserve. What we found was that the SEC disclosures exclude 85 percent of those listed in the Federal Reserve disclosures. In other words, we found that the 27 companies we looked at actually have 7 times as many subsidiaries (on average) than listed on their SEC filings, including 7 times as many tax haven subsidiaries.

This information allows us to do two things:

1. Point out that the financial companies have many times more tax haven subsidiaries than we previously thought.

2. Make a case for why we need to more disclosure of subsidiaries in SEC filings, which is timely given that the SEC is reexamining disclosure issues.”