This morning Alex Cobham, TJN’s Director of Research, called for public country-by-country reporting, in an interview with the BBC’s flagship Today programme (19:20ish).

“Country-by-country reporting: that was actually a Tax Justice Network proposal, going back to our establishment in 2003; but the key to it is for that information to be public: if tax authorities have it, that helps them. But we need to be able to hold tax authorities to account: to know, for example, if HMRC [the UK tax authority] is treating Google fairly.”

What do you know? A few hours later, also on the BBC: We’ve got lots more to say on this, of course, but for now we’ll just ask this: can the timing be a coincidence?

Endnote: we’ve blogged Google twice in the last couple of days: see Prof. Sol Picciotto’s more wonkish blog, and our more sweeping earlier one, looking at the economic illiteracy of the Mayor of London.)

And as an update, we’re launching an official complaint at the EU about all this. 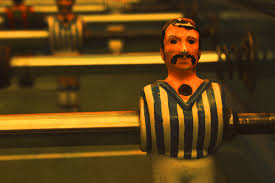