Nick Shaxson ■ Bogus US shell cos, inc. “Are you hiding from the law?” she chuckled 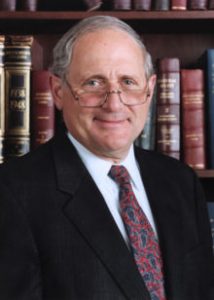 We recently pointed to a fascinating article by U.S. journalist Ken Silverstein about Mossack Fonseca, a particularly troubling ask-no-questions offshore incorporations firm based in Panama, with offices in many of our favourite offshore jurisdictions: the Bahamas, Cyprus, Hong Kong, Switzerland, Jersey, Luxembourg, the British Virgin Islands, and the US, specifically the states of Wyoming, Florida, and Nevada. The potted history of Panama is worth mentioning:

“Panama has been run by assholes for more than a century. In 1903, the administration of Theodore Roosevelt created the country after bullying Colombia to hand over what was then the province of Panama. Roosevelt acted at the behest of various banking groups, among them J. P. Morgan & Co., which was appointed as the country’s official “fiscal agent,” in charge of managing $10 million in aid that the US rushed down to the new nation.”

It’s the classic case of the tax haven ‘captured’ by financial interests, in this case from the very beginning. It also illustrates once again how the offshore world isn’t a collection of free-floating entities, but a set of dependencies nurtured and protected by the most powerful and wealthiest élites in large and powerful countries, which use these places to shake off the responsibilities of societies in which they operate.

Silverstein has followed this up with an article about how he went about setting up a shell company in the United States. He points to a Global Witness report, The Great Rip Off, which highlights multiple crimes using U.S. shell companies, including one laundering operation by Mexico’s murderous Zetas cartel that included a highly successful racehorse called “Number One Cartel.”

Silverstein went to one Delaware-based company formation agent, who reminded him that offshore activity isn’t only about tax, or secrecy. It’s about shaking off the responsibilities of society:

“When you’re an officer or a director, many other states impose liability on you for making bad decisions, whereas in Delaware you’re protected by the Delaware Business Judgment Rule,” he says. “What that does is provide a shield for you… so you can take risks without the threat of lawsuits from stockholders from those business risks being a bad decision.”

Company executives, of course, love that, and it’s one reason why Delaware has attracted so many out-of-state (and foreign) companies. (For legal wonks, this blog explores Delaware’s nature in great detail: e.g. “These bylaws effectively make corporate directors and officers unaccountable for serious wrongdoing.”)

Back to Silverstein, and how he set up his shell company:

“Of course, there was no need to actually go to Delaware to form my company. The whole process can be done in 15 minutes online or—as I did, on October 28—over the phone. It cost $292. I had to provide the name of a contact person—in a real-life scenario this would have been a lawyer, and hence I would have been protected by attorney-client privilege, or a trusted bagman—but for the purposes of this story I just wanted to keep my name hidden, so I had a friend in Washington serve as my front. (Her name doesn’t appear anywhere in public records either, but is kept internally by Agents and Corporations, Inc.)

The following day she received incorporation papers for my firm—MCSE, an acronym for Medellín Cartel Successor Entity—which was already up and running.”

He set up a subsidiary of Medellin Cartel Successor Entity in Nevada, at an office that has its own sleazy history linked to local politics. He is met by a one Fe McGuffey, of the Corporate Services Group (CSG)

“”You’re not hiding from the law, are you?” McGuffey said with a chuckle after I’d asked, for roughly the tenth time, for confirmation that my name wouldn’t appear anywhere in the shell firm’s records.”

And so it goes.

In the United States, if there is one person who has been fighting against these abuses more powerfully than anyone else, it is the indefatigable Senator Carl Levin, who has drafted endless legislation to crack down on offshore abuses. His work has been blocked, time and again, by offshore financial interests.

And now, unfortunately, Levin is retiring from public service.

Who will fill these shoes?