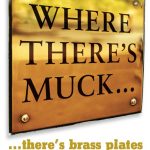 “Some 4,000 individuals appearing on international lists of alleged fraudsters, money launderers, terror financiers and corrupt officials were directors of UK registered companies in 2008 (the most recent data).”

This follows an announcement by the UK Business Secretary, Vince Cable, that Britain would force UK-registered firms to give details of anyone with an interest in more than 25% of its shares or voting rights. On the face of this, it is a hugely welcome announcement. But – and it’s a big ‘But’ – the proposals fall well short of the reform that the world’s citizens so urgently need.

Here’s a summary of some of the ways the UK moves fall way short (see also Richard Murphy’s analysis, one entitled The government has created an honesty box for corporate fraudsters, and another entitled It’s easier to get data on UK companies with bank accounts in Cayman than Stockport.

“Despite the government spin, the reforms are certainly not going to usher in some new era of corporate transparency and accountability. The 25% threshold can easily be bypassed through careful shareholding arrangements. It would be far simpler to say that all shareholders would be identified. Companies will still continue to act as directors of other companies, albeit with some restrictions. There will be plenty of loopholes for continuing with the shady business.

The government says it will be tough on rogue directors, but it has not allocated any additional resources for staffing regulatory agencies.

That’s a biggy: research by Murphy in 2011 revealed that:

“Approximately one in five of all annual return forms that should be submitted by companies in the UK, which form is the document on which this new information  on beneficial ownership will be  provided, are  never supplied to Companies House by the companies that have legal obligation to  submit them.  Almost invariably no penalties are imposed for failing to supply this form: instead, rather obligingly, Companies House commences arrangements for the company  that has failed to comply with the law to be struck off  the Register of Companies, thereby removing the directors  of that company from all further obligation to make any disclosure  regarding its affairs.”

The government has shied away from controlling the use of nominee or “front” directors who won’t even be required to name the parties pulling the strings. There will be no central register and no identification of the parties, assets, incomes and resources behind it.

The UK also has a legal and moral responsibility for its network of tax havens – Jersey, Cayman, British Virgin Islands and so on. But these places ask no questions and hold no useful information about their registered companies, their shareholders and directors. The UK government protects the economic interests of these territories, but the reforms mentioned above will not apply to them.”

There is plenty more in this article, including truly appalling quotes from the UK Law Society and accountants Deloitte, which have doubtless been involved in lobbying to water down the UK proposals, and whose words Sikka skewers as follows:

“These quotes represent a new low, as economic elites invoke the interests of children to defend the privileges of their wealthy clients. How about sparing a thought for millions of children who go without food, healthcare, education, shelter and clean water because corporations and wealthy individuals use shell companies and trusts to avoid taxes?”

For more on the background to all this, see the Private Eye report Where there’s Muck . . . there’s Brass Plates, or the World Bank Puppet Masters report, highlighting how the muckiest jurisdictions tend not to be small islands but large jurisdictions such as the United States and the United Kingdom.