The Tax Justice Network’s senior advisers are experts in their field who help us with research and policy recommendations, and with strategic and organisational issues.

Jack Blum is one of the United States’ leading white-collar defence attorneys specialising in money laundering. He has worked for law firms in the areas of bank and securities firm compliance, congressional investigations, international financial crime, money laundering and offshore tax evasion. He has been an expert witness and consultant for various US government agencies and private clients. He served for many years as a U.S. Senate staff attorney, where he was involved in numerous well-known investigations, including the investigation of Bank of Credit and Commerce International (BCCI), General Noriega’s drug trafficking and Lockheed’s overseas bribes. Jack Blum has been a consultant to the United Nations Centre on Transnational Corporations, the United Nations Office of Drug Control and Crime Prevention, and served as the chair of the experts group on international asset recovery which was convened by the United Nations Centre for Drug Control and Crime Prevention. He often testifies about money laundering and tax evasion before U.S. congressional committees. Krishen Mehta completed his 30 year career with PricewaterhouseCoopers in 2008 having served in its New York, London, and Tokyo offices. While at PricewaterhouseCoopers, he was responsible for PwC’s US Tax practice in Japan, Singapore, Malaysia, Taiwan, Korea, China, and Indonesia, and worked with over 140 American companies conducting business in Asia. Krishen is currently an adviser to Aspen Institute’s Business and Society Program, and is a member of the Asia Advisory Council of Human Rights Watch. He is also a Trustee of the Korbel School of International Studies at the University of Denver, and of the Institute of Current World Affairs in Washington, DC. Krishen has taught at a number of Universities, including American University and the Fletcher School of Law and Diplomacy at Tufts University in Boston. He has been an invited speaker at the Global Justice Program at Yale University, and has conducted Capstone workshops for graduate students at the School of International and Public Affairs at Columbia University. From 2010-2012, Krishen was Co-Chairman of the Advisory Board of Global Financial Integrity, a division at the Center for International Policy in Washington, DC. 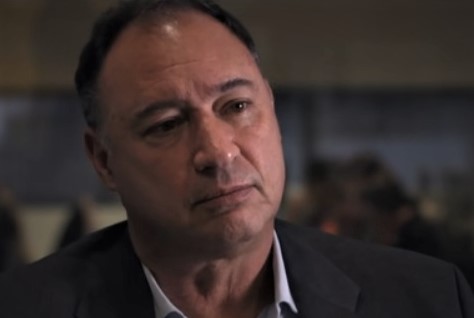 Ronen Palan is Professor of International Political Economy (IPE) at City University, London. He has previously been a professor of IPE at the University of Birmingham and Sussex University, a lecturer in International Relations at the University of Newcastle-upon-Tyne, a visiting professor at the Hebrew University, Jerusalem and York University, Canada. He was also a founding editor of the Review of International Political Economy and member of the Fellow and Promotion Committee at the Institute of Development Studies, Brighton. His work lies at the intersection between international relations, political economy, political theory, sociology and human geography. He has written several books and articles, book chapters and encyclopaedia entries on the subject of Offshore and Tax havens, state theory and international political economic theory.

Sol Picciotto is Coordinator of the BEPS Monitoring Group, emeritus professor of law at the University of Lancaster in the UK, and one of the Tax Justice Network’s senior advisers. Sol is also a global leader in international tax law, and his work has for decades informed the push for reforms to ensure a more effective and progressive treatment of multinational companies.

Clair Quentin is a UK barrister who has worked at Allen & Overy, Farrer & Co, and at the independent bar, advising on UK and international tax law. They specialised in the taxation of complex corporate, financial and property transactions, disputes with the UK’s revenue authorities, and the taxation of not-for-profit entities. They have extensive practical experience at the aggressive end of the tax risk business, having advised on high-value cross-border tax-structured finance, transfer pricing disputes, and various kinds of tax avoidance schemes. They are currently non-practising while conducting doctoral research on corporate tax reform at Queen Mary University of London. 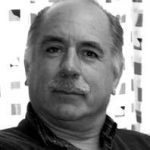 Oscar Ugarteche is an economist who works at the Institute of Economic Research at the Universidad Nacional Autónoma de Mexico.  He coordinates the work of the Latin American Economic Observatory and regularly participates in the multi stakeholder consultations of the United Nations Finance for Development roundtable meetings in New York.  He was also senior adviser on economic and financial corruption to the Peruvian Congress on both the Diez Canseco Commission on economic crimes and the Herrera Commission on corruption (2001-2003).

Dr. Attiya Waris is Director, Research and Enterprise and also Associate Professor of Fiscal Law and Policy, at University of Nairobi. She is currently a visiting lecturer at the University of Rwanda as well as the University of Pretoria. She holds a PhD from Lancaster University, UK and holds two Masters of Laws one in Human Rights and Democratisation in Africa from the University of Pretoria in South Africa and another in Business and Commercial Law from the University of London as well as an Undergraduate Honours Law degree from the University of Nairobi. She is the current Managing Editor of the University of Nairobi Law Journal and a co-editor of the Journal of Australian Taxation and is a Board member of Lawyers 4 Better Business as well as being a past Vice-Chair of the Tax Justice Network. She researches on the links between tax revenue and tax spending with reference to human rights, development and poverty alleviation, as well as the movement of wealth across borders and the impact it has on developing states. Attiya is a both author and co-author of several taxation books and author of numerous publications in both Kenyan and international journals and edited books including the International Bulletin for Fiscal Development, Transfer Pricing Journal, WHO Bulletin. She comes from a mixed practitioner / academic background, having worked in the UK as well as several countries in Europe and Africa in academia, law firms, non-governmental organisations, and the United Nations.

Dr Mary Alice Young is a leading expert on the criminal use of secrecy jurisdictions and the interactions which exist between secrecy jurisdictions with transnational organised crime. As an interdisciplinary socio-legal scholar based at the University of the West of England (UWE), Mary’s research is primarily law-based and overlaps with areas of history, banking and finance, criminology, sociology, and economics. This interdisciplinary element informs a holistic approach to identifying and analysing the ways in which criminals manage their money and the policy responses to these issues. Dr Young is currently based at the University of the West of England (Bristol Law School) and lectures and researches in her specialist areas. Her work is widely cited and she holds the following positions: Expert, Global Initiative Network of Experts, Global Initiative against Transnational Organized Crime; Member of the Standing Group on Organised Crime, European Consortium for Political Research; Fellow, Lauterpacht Centre for International Law, Cambridge University; Stream Convener, Socio-Legal Studies Association; UWE Co-Director for SOLON Interdisciplinary Studies in Law, Crime and History.

Tommaso Faccio is the Head of Secretariat of the Independent Commission for the Reform of International Corporate Taxation (ICRICT). He is also a lecturer in Accounting and Taxation at Nottingham University Business School. His research interests include international tax, transfer pricing, tax treaties and tax avoidance. Until July 2014, he was a Transfer Pricing Senior Manager in the Deloitte LLP International Tax team and has significant experience advising multinationals on complex international tax issues, particularly in the area of Transfer Pricing and Permanent Establishment, first at Ernst and Young LLP and then at Deloitte LLP.

Jeff Kaye has worked in leadership positions within private, public and third sectors. Private sector experience ranged from CFO roles (he is a Fellow of the Chartered Institute of Management Accountants – CIMA), to CEO for over twenty years within high technology companies including Schlumberger, BAeSystems, Lockheed Martin and Platinum Equity (M&A). During this time, he became a strategic adviser to Transparency International (UK) on their global Defence and Security (DS) programme and chaired a highly successful secondary Academy school in London from 2002-14. In 2007, Jeff became a Director at Global Witness, an international NGO focused on natural resource-related anti-corruption, before, in 2011, spending two years as the CEO of a health-related charity. From 2014, he was a Trustee of Transparency International (UK), chairing board committees for the DS programme and Finance and Audit (as Treasurer) until stepping down from the Board in 2018, to focus on writing. His book (All the People, a story of the fight for universal suffrage in early nineteenth-century England) is due for publication in 2020. Jeff is a member of CIMA’s Benevolent Fund Committee and advises non-profits with compelling missions in their quest for organisational excellence.