The automatic exchange of information between countries’ tax authorities has been trumpeted as a game changer for the fight against tax evasion. But the publication of the latest data shows that many countries, including some tax havens, are being very selective about who they are choosing to share information with. It seems many OECD countries prefer to play this kind of ‘dating’ game among themselves…

Automatic Information Exchange allows tax authorities to share information about bank accounts across borders. The idea is that if 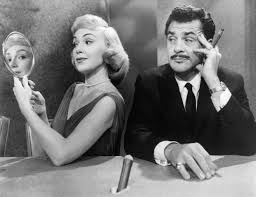 someone from Germany has a bank account in Switzerland, the German tax authorities will be automatically informed, vastly reducing the potential for people to hide their money. The system of Automatic Information Exchange is being developed by the OECD, a group of more developed economies, but any country can participate.

The OECD has just published data on which countries are choosing to exchange information with which other nations. The results confirm some of our fears about how some tax havens are seeking to avoid transparency, even within the system of automatic information exchange.

The first difficulty is that AEOI as developed by the OECD requires full reciprocity from any country interested in receiving information. This means that any country wanting to receive information must also be able to provide the same quality information in return. This immediately blocks many developing countries from participating because the systems required by national tax authorities to provide such information are substantial. We have consistently argued for there to be a grace period which would allow developing countries to receive information while they improve their systems.

However, even for countries able to reciprocate, there are obstacles.

More than 80 countries have so far signed up to the multilateral agreement (MCAA) whereas a few, such as The Bahamas and Singapore are choosing bilateral CAAs to hinder exchanges with a wider audience. Some, like the U.S., have decided not to implement the OECD’s system for AEOI (called the Common Reporting Standard, or CRS) at all.

Where countries have signed up to the multilateral agreement (MCAA), exchange is not guaranteed. Countries need first to prove to the OECD that their domestic laws and confidentiality provisions are compliant with a set of common standards. Countries receiving information also need to demonstrate to the sending country that they have satisfactory standards for the protection of personal data in place.

As if this were not complicated enough, the worst obstacle  – and main point of this blog  – is in the final list of “choices” that countries signing the multilateral agreement (MCAA) have to submit: countries are allowed to choose with whom to exchange information among all other signatories of the MCAA, like in a dating system. This last point is important. It means that the choice to engage in automatic exchanges is at the absolute discretion of each country, even if other countries meet all the legal and confidentiality provisions required by the OECD.

This makes the multilateral agreement more like a dating game than a comprehensive system of information exchange.

And much like the dating app Tinder, the OECD will not publish the ‘dating’ choices made by each jurisdiction. For example, “I want to exchange with country x and y)”, but will disclose the actual ‘matches’ (i.e. when two countries choose each other). The OECD has just published those matches here. And it confirms all our fears and warnings:

Out of the 84 possible relationships of each jurisdiction party to the multilateral agreement (MCAA) (so far 85 have signed it), the maximum number of matches for one country is currently 46, and this was achieved only by some OECD countries (like the UK, Spain and others). To put this in context, the EU countries are all exchanging among themselves, and so every EU country already has 27 matches to start with. In other words, instead of the full potential of transparency with the multilateral agreement MCAA (every country exchanging information with other 83 jurisdictions), the best case (for some OECD countries) is close to half that many.

Developing countries are even less lucky. Countries in the Global South that have said they will opt for exchange with all other co-signatories, such as Argentina, have only managed 33 relationships.

Switzerland (which is starting exchanges in 2018) so far has 29 relationships only, all with EU countries. This is no surprise, since it has expressed from the beginning its intention to only exchange information with countries with close economic and political ties, and which represent promising relationships for the Swiss financial centre (i.e. they will only start exchanging information if not doing so would be damaging to them). Switzerland also requires countries willing to obtain information from them to offer their residents ‘regularisation’ or amnesties for undeclared accounts. However, as the case of Argentina confirms, having such a disclosure programme is no guarantee that Switzerland will start sharing data.

It is true that some countries may have not yet submitted their choices. However, with 54 countries committed to start next year, a great number should already have done so. Swizerland, which will start in 2018, has clearly already submitted theirs, which suggests a great deal of countries have already made their choices (ie choosing just a few countries).

The list published by the OECD will be updated based on the latest matchings as and when they’re made, but so far it looks worrying. At the very least, the OECD should be publishing the choices by all countries so that it is in the public domain whether or not countries have submitted their list of choices, and whether any lack of matching (e.g. between Switzerland and Argentina) was really reciprocal or because of what we might call ‘dating’ reluctance from some countries.