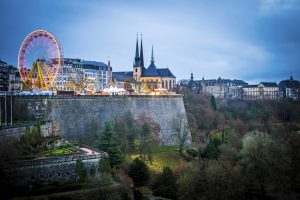 Luxembourg: not so pretty under the surface

A month ago we wrote an article entitled Now Luxembourg, Switzerland are working to bolster Tax Haven USA. This concerns a global scheme to share banking information, the OECD-led Common Reporting Standard, (CRS, which starts up next year and complements separate schemes and campaigns to see public disclosure of the beneficial owners of entities and arrangements like trusts and companies.)

Our blog in June noted that sneaky Luxembourg and Switzerland had been wanting to say, unilaterally, that the USA is a participating jurisdiction. This way, a US-based investment entity, say, beneficially owned by a wealthy Greek person and with accounts in, say, a Luxembourg insurance vehicle or a Swiss bank, would not be required by the CRS to ‘look through’ to that Greek beneficial owner. And because of Tax Haven USA, necessary information on that entity wouldn’t be coming from Uncle Sam’s direction.

Secrecy would be preserved, along with the jobs of some Luxembourg and Swiss lawyers,  accountants and bankers – at the expense of the broad population of Greece.

As KPMG approvingly noted at the time:

“The inclusion of the United States of America in the list of the Participating Jurisdictions from a Luxembourg standpoint is particularly important.”

But now, in an apparent victory for tax justice, KPMG notes a draft amendment to Luxembourg’s proposals to recognise the United States:

This approach is in line that of other Member States of the European Union and of the Global Forum.”

We can only assume that someone sat on Luxembourg. We’d love to think it was our humble blog that did it, but it was presumably bigger forces behind the scenes.

Happily, there is more. There are also forces pushing for Switzerland to reconsider. Via email:

“Your blog [of] June 9 had some consequences.”

Our correspondent submitted TJN’s concerns to participants in a meeting of a special committee on finance and economics of the Swiss Social Democratic Party (SPS); and a member of the parliament submitted some questions in parliament. Those questions are available here (click for other languages at the top right of that page).

We’ll be interested to see what comes out of it.