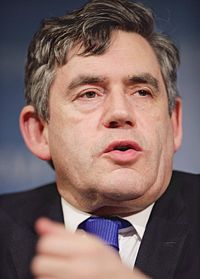 “In addition to a comprehensive European blacklist of tax havens as the first step to a global blacklist, we should agree that British overseas territories and crown dependencies that fail to comply cannot be excluded from the blacklist; and the UK should now require them to have public registers of beneficial owners.

Britain cannot achieve this on its own. And with America currently resisting reciprocal tax arrangements, collective action by all 28 countries of the European Union to blacklist avoiders, impose sanctions and even levy withholding taxes – on our own overseas territories, if necessary – is currently the one game in town.”

The entire article is worth reading – it’s a good one among many good ones that focus on the imminent London anti-corruption summit. We’ll comment on that shortly, not least to note that the ‘tax havens and corruption’ analysis that we first began to develop in detail in September 2006, initially to deaf ears, is now finally going mainstream.

But for this blog we’ll focus only on the bit we’ve highlighted in bold, because it is arguably the most radical of them all. Brown’s statement is complemented by a report by the Green Party in the European parliament, entitled US should be considered a tax haven according to new research:

“The evidence points to the US becoming one of the largest tax havens and the EU should not stand by and accept this. The EU should carefully scrutinise the US in the upcoming process of creating a common blacklist of tax havens. We should introduce a withholding tax on US banks not exchanging information as the US has done with European banks.”

Read our report on the need for withholding taxes to crack down on tax havens.

Also see TJN’s Nicholas Shaxson writing in the Financial Times, advocating withholding taxes against financial institutions operating in recalcitrant tax havens. This idea has a long way to go before it gets serious traction. But this is a promising start.

Also see our 2015 report on how the United States became a secrecy jurisdiction.