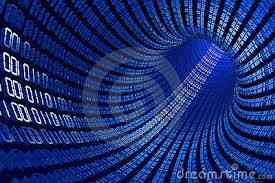 The U.S., as foreign tax authorities see it

We’re heartened to see that the Tax Haven USA story — one that we seem to have helped breathe new life into with this blog in January last year, and our subsequent USA report, coming into the mainstream, helped by the Panama Papers. There are many, many stories out there now, including a comment article in yesterday’s Financial Times from today’s TJN blogger, entitled Panama is only one head of the tax haven hydra.

The Associated Press has a widely syndicated story which begins, aptly, like this:

“The U.S. lambastes and strong-arms countries that help drug lords and millionaire investors hide their money from tax collectors.

(It’s important to note, as an important aside, that much of the recent media focus on Panama has been on tax. We believe that tax is a subsidiary issue in this story. This is a secrecy story: tax is an important aspect, of course, but the bigger picture is about drugs money, Ponzi schemes, and the wholesale looting of vulnerable countries by crooked politicians and their cronies.)

The Guardian has an article containing much that is useful, particularly this graphic from the International Consortium of Investigative Journalists which co-ordinates the Panama Papers.

Mossack Fonseca: the origins of the money

This story focuses almost exclusively on the state-level shell company aspect, which is most closely related to the Panama papers, but in fact Tax Haven USA has another, probably bigger Federal-level aspect too, as we outlined in detail: its refusal to share information effectively with emerging transparency initiatives.

Back to our FT story, there’s a recommendation to the EU for how to address that:

“America is fast becoming a tax haven of choice. The OECD knows this but has not been brave enough to call for action.

The only other body with the clout to confront Washington is the EU. It should summon the courage to impose a withholding tax on payments originating in the union to non-compliant jurisdictions such as the US, copying Fatca’s big stick. That would unblock arguably the most powerful guardian of financial secrecy in the system.”

And we recently laid out all the details of how to do that, here.