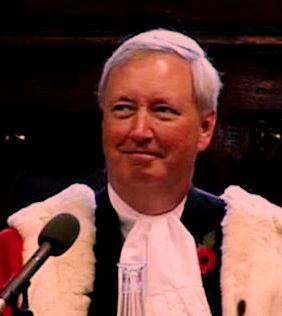 A recent judgement on an application to rectify a Jersey trust suggests that the Royal Court of Jersey may in future take account of whether a trust is being used for tax avoidance.  Remarks by the island’s Bailiff (high court judge) William Bailhache are being interpreted by some Jersey lawyers as an indication that the Court might take the tax consequences and intentions of a trust scheme into account when considering future cases.

“The court was initially concerned that this particular scheme might have fallen into the category of aggressive tax avoidance. . . If that were so, [it] might therefore have been the sort of scheme where in the exercise of its discretion, the court should consider whether such a fact, if true, should lead to the refusal to exercise discretion in favour of the applicant.”

In the case of IFM Corporate Trustees the Court accepted that the tax planning did not constitute unacceptable tax avoidance, but in a remark that might send shivers up the backs of tax professionals on the wilder fringe, Bailhache noted

“Historically, the courts have always applied the principles of law rather than what are perhaps inchoate and uncertain ethical considerations in this area.  What seems to us perhaps to be open to argument is whether, in an area which involves the exercise of a judicial discretion in cases where the court’s assistance is being sought for a mistake which has been made, there is room for the argument that the discretion ought not to be exercised if on the facts of a particular case, the scheme in question is lawful but appears to be so contrived and artificial that it leaves the Court with distaste if, in effect, it is required to endorse it. ”  (our emphasis added)

This remark is potentially of seismic importance, since the tax intentions of trusts have not previously been considered relevant to cases where the Jersey Court has been asked to exercise its discretion to rectify a trust.  According to one Jersey law firm, Bailhache’s remark opens the way for the Court to take account of whether or not a trust might serve as a tax avoidance vehicle:

“Potentially, any application to the court involving its discretion […] may require the tax consequences and intentions of the scheme to be aired and subjected to a wider debate whether the court should go along with them.”

Nodding in the direction of the global tax justice movement, Jersey’s Bailiff also acknowledged the ethical implications of tax avoidance, noting the

“strong ethical arguments why taxpayers should recognise their obligations to the state in which they live, making their fair and appropriate contribution towards the outgoings which any modern state has in the provision of services for the benefit of the community.”

Who could reasonably disagree with that?