A groundbreaking report released Wednesday, June 17 (12:01am) by Americans for Tax Fairness (ATF), and researched by the United Food & Commercial Workers International Union (UFCW), reveals that Walmart has built a vast, undisclosed network of 78 subsidiaries and branches in 15 overseas tax havens, which may be used to minimize foreign taxes where it has retail operations and to avoid U.S. tax on those foreign earnings.

These secretive subsidiaries have never been subject to public scrutiny before. They have remained largely invisible, in part because Walmart fails to list them in its annual 10-K filings with the U.S. Securities and Exchange Commission (SEC). Walmart’s preferred tax haven is Luxembourg, dubbed a “magical fairyland” for corporations looking to shelter profits from taxation.

“This is an important and deeply disturbing report,” said Rebecca Wilkins, Executive Director of Tax Justice Network USA and a member of the Global Alliance for Tax Justice Coordination Committee. “Walmart makes billions in annual profits and is owned by one of the world’s richest families, yet they appear to be doing all they can to avoid paying their fair share of taxes through a series of elaborate and previously secret tax maneuvers—at the expense of low- and middle-income citizens around the world.”

The report, The Walmart Web: How the World’s Biggest Corporation Secretly Uses Tax Havens to Dodge Taxes, is the first-ever comprehensive documentation of the company’s use of tax havens. The full report is available here, and for the report’s Key Findings, click here.

The report suggests the U.S. and foreign authorities should investigate Walmart’s tax avoidance.

Among the issues to pursue:

1. The Organization for Economic Cooperation and Development (OECD) should use Walmart as an example to test the usefulness of its nascent template for country-by-country reporting of each corporate entity’s income and taxes paid, and reconsider the decision to give control over the release of those templates to home countries like Luxembourg that might find releasing the information to be embarrassing or worse.

2. Policymakers in the United States and abroad should press Walmart (and other multinational corporations) for accurate and complete country-by-country information on their income and taxes paid, assets, number of employees and more, including for their subsidiaries, to determine whether Walmart has been playing one country off another to escape paying taxes in multiple jurisdictions.

3. The European Commission should determine whether Luxembourg has been providing Walmart with sweetheart tax deals equivalent to illegal state aid.

4. The U.S. Securities and Exchange Commission should ask Walmart to explain its failure to disclose on Exhibit 21 of its SEC Form 10-K any of the 78 subsidiaries and branches Walmart has in tax havens. As a remedy for that failure, the SEC should also require the company to make public a complete list of its business entities and which of those subsidiaries Walmart has elected to designate as disregarded for U.S. tax purposes, so that investors can better evaluate the company’s tax practices.

5. The Internal Revenue Service should audit Walmart’s use of subsidiaries in tax havens, including the transfer of billions of dollars to its tax-haven subsidiaries and its use of various financial instruments to move taxable income out of the United States. The IRS should also analyze Walmart’s use of short-term offshore loans to fund some of its U.S. operations without paying repatriation taxes and its deposit of offshore cash in U.S. financial institutions to determine whether Walmart has been improperly avoiding U.S. tax. 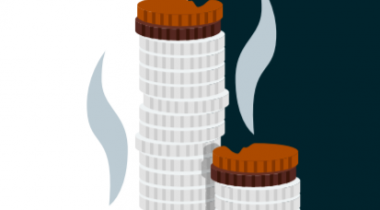