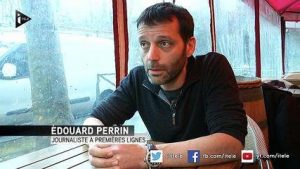 Update 2: with a report on the demonstration in Luxemburger Wort, which in contrast to our earlier experiences of Luxembourg media, was quite balanced.

Update1 : with a photo (below) of today’s protest in Luxembourg. Some 50-60 people are reckoned to have attended, a good turnout in tiny, financially captured Luxembourg.

The Dodgy Duchy of Luxembourg, like many small secrecy jurisdictions, can be a nasty place to protest against offshore finance. The sector has its tentacles in the courts, in government: everywhere. The media there is, in our experience, all but captured too, so Luxembourg’s citizenry has a poor record in terms of questioning or challenging the corrupt status quo. To oppose offshore finance can be to risk social censure or — in the case of Antoine Deltour, Edouard Perrin, Dénis Robert, and a number of other whistleblowers — a vicious, personalised attack from the offshore establishment, often led by the Big Four accounting firms such as PWC, which effectively write relevant parts of the Luxembourg legislation. It is a haven for hire. 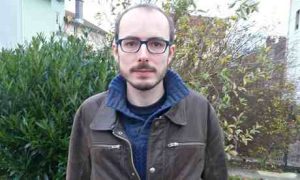 But today we are proud and delighted to publicise a demonstration in Luxembourg at 1pm today against the offshore financial model, by the Global Alliance for Tax Justice (GATJ). This comes on the occasion of a visit to Luxembourg today by the European Commission’s special “Taxe” committee to probe multinational tax abuses it has been hosting: a visit triggered by the ghastly “Luxleaks” affair. (Read details about and documents from this probe here.)

This probe is a general test of Jean-Claude Juncker: the architect of tax haven Luxembourg, now president of the European Commission.

GATJ already demonstrated about this in Copenhagen. Please offer your support to the organisers, who we expect won’t have an easy time of it. And if you’re in Luxembourg, please do come along. We hope the mainstream Luxembourg media will give this demonstration fair and balanced coverage, instead of the usual response which tends to involve painting any criticism of the offshore financial sector as an attack on Luxembourg.

In the meantime, they might like to read this article by the Consortium of Investigative Journalists, entitled Edouard Perrin Charges Cast Doubt on Luxembourg’s Press Freedom.

And they might like to ponder the fact that Luxembourg was ranked #2 in our 2013 Financial Secrecy Index. (Another FSI ranking will emerge late this year, complete with a new set of nasties to report.)