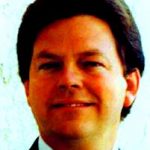 For over three decades politics in some countries has been overshadowed by the theological views of a quirky U.S. economist called Arthur Laffer, whose belief system centres on the notion that if you cut personal and corporate income taxes, tax revenues will rise. The idea is that wealthy people will work harder, invest more, employ more labour, and as a result more taxes will flood in.  Which politician can possibly resist the prospect of such a wonderful free lunch?

Now we can add Kansas to the long list of Art Laffer failures.  As Mother Jones reports, in 2012 state governor Sam Brownback promised “a shot of adrenaline into the heart of the Kansas economy.”  And in the spirit of a true fanatic, he supplied an overdose:

“Brownback brought in Arthur Laffer, Ronald Reagan’s trickle-down economics guru, to help sell the idea that the cuts—which zeroed out taxes for 200,000 businesses and slashed rates for top earners—were guaranteed to boost the state’s fortunes, prop up the economy, and bring in countless new jobs as businesses and individuals flocked to Kansas to escape the tyrannies of higher-tax states.” Where did you say that gold was, Art?

The outcome has been entirely predictable.  Golly gosh, we can now report that tax cuts have (drum roll) led to falling revenues, budget deficits, pressure for further cuts to public services, and a very unhappy citizenry.  The numbers tell an important story:

“Before the end of the fiscal year this summer, Brownback will need to trim $279 million from the current budget . . . As further tax cuts phase in over time—the state’s income tax rate, which has already fallen from 6.45 percent to 4.9 percent, is set to fall another point by 2018—the gap between spending commitments and revenue will only grow more dire. For fiscal year 2016, which starts in July, state legislators will need to slash an additional $650 million, according to the legislature’s research office. Standard & Poor’s and Moody’s, two of the top three credit-ratings agencies, downgraded the state’s credit rating last year due to the budget woes.”

Kansas, as Mother Jones so elegantly puts it, is totally screwed, and even Governor Brownback has recognised the depth of his mistake:

” . . .Brownback’s tax cuts are too big not to fail. Social welfare programs have already beencut to the bone, leaving little room for the Republicans to reduce them further. Brownback touted the benefits of his billions in tax cuts throughout his reelection campaign, but even he is recognizing that his plan might not be sustainable. “Everything is on the table, including the tax policy,” the governor’s budget director told the New York Times last month.”

Does this mean the end of Art Laffer’s snake oil remedy?  Almost certainly not.  Across the world politicians remain beguiled by that wonderful something for nothing notion that you can increase public revenues by slashing taxes on rich people and big companies.  And if the past is anything to go by, this mistake will be repeated endlessly because too many influential and rich people have a stake in promoting the fallacies of supply side economics.  And these ideas have become so deeply embedded in the economics canon that few people under the age of fifty can remember a time when Laffer’s ideas were considered anything other than, well, lafferble.