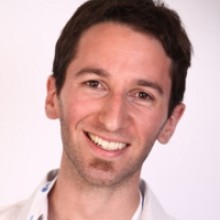 From Andres Knobel in the Huffington Post, a reminder that while the OECD is very good at declaring the end of banking secrecy, it does like to gloss over the small matter that this is very far from the truth:

“Leading finance ministers met in Berlin last week to begin the process of adopting a new global standard for the automatic exchange of tax information. In theory, this will allow tax authorities easy access to the details of offshore assets held by their citizens for the first time, supporting efforts to tackle tax evasion. But although the new common reporting standard, developed by the Organisation for Economic Co-operation and Development, is an important milestone on the road towards greater financial transparency, it is still riddled with loopholes and needs serious improvement if it is to be an effective tool in the fight against tax evasion.

Unscrupulous individuals will still be able to hide behind certain opaque legal structures, such as shell companies, foundations and trusts by claiming that their income is derived from business – rather than investments – or by dividing ownership among at least four people. (Only those who own more than 25% will be identified as beneficial owners.) More importantly, there is not yet any provision for an open registry that would enable the public, and the banks, to crosscheck the veracity of alleged beneficial ownership information.”

For more details, read the rest of the article, or our longer report on the subject.