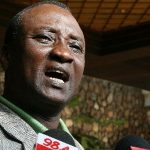 Kenya’s Star newspaper is reporting that TJN-Africa has gone to the High Court in Nairobi to stop a double tax treaty between Kenya and Mauritius, which is supposed to come into effect in July 2015.

Not only do tax treaties with tax havens like Mauritius often allow multinational corporations to strip profits artificially out of victim countries (in this case Kenya), but they also insert a secrecy turntable into the transactions and help Kenyan citizens dodge taxes by “round-tripping” investments illicitly through shell companies in Mauritius.

More from West fm in Kenya:

“Where policies are shown to be unsustainable, they are contrary to specific provisions of the constitution and the High Court of Kenya has jurisdiction to intervene to ensure that those policies that cannot meet the criteria of public sustainability of economy are stopped,” he said.
. . .

TJN-A, states that as drawn, the Agreement contravenes the principle of good governance, sustainability and accountability and therefore is in breach of Articles 10 and 201 of the Kenyan Constitution. The Agreement is open to abuse which could endanger the growth and development of the country.”

“[TJN Africa] has sued Cabinet Secretary Henry Rotich, Kenya Revenue Authority and the Attorney General on behalf of Kenyan taxpayers over the constitutionality of the treaty first signed in May 2012.

TJN-A says while international law allows taxation of foreign economic transactions when a sufficient connection exists between the taxpayer and the state, but this is affected where double-taxation treaties exist. It says the three respondents conspired against taxpayers.

It said the agreement breaches the principles of good governance, sustainable development and accountability, against Articles 10 and 20 of the constitutions as it “is open to abuse”.

The lobby group says the treaty will adversely affect KRA’s ability to raise revenues for development.

“Under the agreement, foreign investors in Kenya can buy Kenyan companies through Mauritius holding companies and Kenya cannot tax any of the gains when they sell these businesses again, and this opens avenues for abuse,” it states in the petition.”

Read more from The Standard here.

We have written several blogs recently about the harm that OECD-inspired tax treaties can wreak on developing countries; and we’re delighted to see civil society organisations rising up to address the issues – and to see the wide prominence these issues are starting to gain in local media. As Martin Hearson recently noted:

“One big theme from the interviews I conducted on my recent African trip is that tax officials in developing countries are really starting to raise concerns about some of their tax treaties. This is particularly true of treaties with the Netherlands, Mauritius and other countries that can leave them vulnerable to treaty shopping.

Why are you thinking about this now? I asked. One finance ministry official told me that there had been three factors: first, seeing countries such as Mongolia and Argentina cancel some of their treaties; second, recent NGO reports that had focused on the abuse of tax treaties, in particular the ActionAid report on Zambia sugar; third, the growing body of practical experience inside the country’s revenue authority.”

Now watch the video of the press event, via Business Daily: