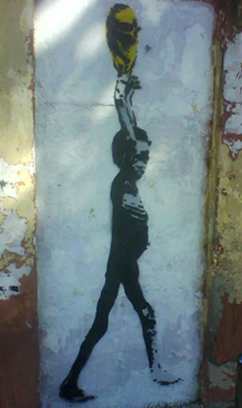 Four years ago we wrote about FIFA’s so-called African “tax bubble” where FIFA was forcing a poor African country to forego its potential football tax revenues in order to funnel yet more money into FIFA’s gilded Zürich headquarters and its lucrative empire.  We quoted Professor Han Kogels of Erasmus University, Rotterdam, who said:

“They want to create their own tax haven. A fully exempt situation. That is, FIFA and its FIFA subsidiaries that are fully exempt from any tax whatsoever levied at every level – state level, municipal level. All sorts of taxes: consumption taxes, income taxes – you name it – it’s all exempt.”

Now, from Christian Aid, via email:

FIFA must end its ‘obscene’ insistence on World Cup host countries giving tax breaks worth hundreds of millions to the event’s corporate sponsors, a new campaign is urging.

Brazil will lose up to £312 million in foregone revenue to World Cup sponsors including McDonalds, Budweiser and Johnson & Johnson, according to the campaign by InspirAction, Christian Aid’s Spanish organisation.

‘The price of these tax breaks for corporate giants will be paid by people living in poverty in Brazil and that is obscene,’ said Isabel Ortigosa of InspirAction.

‘Brazil is already one of the most unequal countries in the world. The millions that FIFA demands for its sponsors should be used for the benefit of Brazil’s many poor communities, not to enrich the already powerful.’

InspirAction has launched a petition calling on FIFA President Sep Blatter to ‘give tax breaks for the World Cup sponsors the red card – and never impose these rules on World Cup host countries in the future.’

‘This is money that should be used to help Brazil’s millions of poor families, for instance with better schools, hospitals and public transport,  financial support for all communities affected by infrastructure projects and also through a fairer tax system.’

Inequality in Brazil is so severe that the top 20 per cent of people get almost 60 per cent of all income, while the bottom 20 per cent (around 40 million people) get just 3 per cent, according to World Bank figures.

Land ownership is also sharply unequal, with almost one third of all farmland held by fewer than one per cent of rural landowners, according to research published by Christian Aid.

While FIFA sponsors do not pay tax, 10 Afro Brazilian quilombola communities –  formed by runaway slaves – in the Amazonian state of Pará face a land tax bill of £4 million, which they have no hope of paying.

Lawyer Carolina Bellinger of the Pro Indio Commission, a Christian Aid partner organisation which is helping the communities fight the unjust demand, says the case means ‘huge insecurity for 1,000 families in this region and could affect more than 8,500 others in northern Pará.’

Mara Luz, Deputy Head of Christian Aid in Latin America and the Caribbean, said: ’Fans travelling to support their country in the World Cup will not get a chance to see the real Brazil and how quilombola families are suffering because of this unfair tax system. Instead, it will be a bland corporate version of the country.’