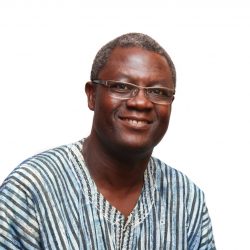 It is well established that illicit financial flows affect the economies, societies, public finances and governance of African countries – as they do all other countries. A global target to reduce the volume of illicit flows was adopted in the UN Sustainable Development Goals. The UN process has struggled to reach consensus on indicators for the agreed target 16.4, since high-quality estimates of these deliberately hidden phenomena are inherently difficult to construct. And at the national level, even high-quality estimates of the total dollar value lost do not necessarily provide a full basis for policy decisions.

A particular issue is the difficulty of identifying the relative importance, in a given country context, of the many channels within which illicit financial flows may occur, and the multiple economic partner jurisdictions in each channel. We address this research gap by elaborating on an approach pioneered in the High Level Panel’s report which can be used to generate proxies for illicit financial flow risk by combining bilateral data on trade, investment and banking stocks and flows, with measures of financial secrecy in the partner jurisdiction.

Here we present the resulting risk profiles for individual African countries, based on a range of relative and absolute proxy measures of illicit financial flow vulnerability. This allows granular comparison of illicit financial flow risks across countries and by channel, in turn highlighting the most dangerous partner jurisdictions. In this way, the bespoke national risk profiles provide clear signposts to guide individual countries’ audit and monitoring activity, international tax and transparency policies and negotiation priorities. It also can assist regional and international organisations in directing their interventions and support in curbing the risks identified in this paper.

An important finding is that Africa is importing the overwhelming majority of its risks in illicit financial flows from outside the continent. This is hardly surprising given the relative importance of economic relationships African countries have with countries outside the African continent compared to intra-African intensity of economic relationships. Yet there are some noticeable differences in each of the economic channels. For example, the risks in trade appear to be concentrated with Europe and Asia, whereas the risks in direct investment are more concentrated in Asia. Portfolio investments stem largely from the Americas, while banking risks emanate mostly from the European Union. Across all the channels, the disproportionate role of the European Union dependent jurisdictions, and especially those of the United Kingdom, is striking. The insights from this analysis provide policymakers with guidance for their next steps in countering illicit financial flows: where and how to start tackling the issues.