In this online event Guppi Bola (she/her) of Decolonising Economics will present the contents of their report “Tax as a tool for racial justice”. This report is the first of its kind in the UK to aim to provide a framework for future research, organising and campaigns. It explains the centrality of the tax system in perpetuating racial wealth inequalities, and the work that needs to be done to repair the harms of structural racism that are embedded into Britain’s economic system.

This event is for researchers, campaigners, academics, social justice organisers and those committed to equitable transformation of the economic system. Together with an invited panel of tax, wealth and economics experts, we will discuss reactions to this report and focus on practical racial justice strategies through the tax system.

Those who register for this online event will be the first to receive a copy of the report a day in advance of the launch event. This is the first of a series of events through 2022 led by Decolonising Economics, Tax Justice Network and Tax Justice UK focused on collective, strategic campaign and advocacy work that addresses ongoing structural inequalities.

Watch the recording of the event 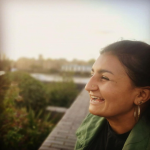 Guppi Bola (she/her) is a senior consultant strategist with over fifteen years experience in economics, health and climate issues. Her academic background is in public health, which she uses to focus her strategic thinking on the root causes of social inequality and ill health. She is the author of Reimaging Public Health, a follow up to her stint as Interim Director of Medact. She is currently Chair of the Joint Council for the Welfare of Immigrants and one part of double trouble duo Decolonising Economics – bringing a deeper analysis of Britain’s colonial history to conversations around structural racism and designing economic policies that embody racial justice principles. You can find out more about her at www.guppibola.com 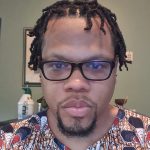 Keston K. Perry, PhD. is a political economist and Assistant Professor of Africana Studies at Williams College USA. His work examines the role of race as an economic ordering principle in the climate crisis, its implications for the idea of ‘radical humanism’ as well as its material impacts, in particular the global financial system and international climate policy. His work appreciates that development finance and global governing arrangements reproduce marginalization and dispossession specifically in the Caribbean and African diaspora. His work is published in a number of international academic journals and popular media outlets. He was previously a lecturer in economics at the University of the West of England, Bristol, UK and a postdoctoral scholar at the Climate Policy Lab, Fletcher School of Law and Diplomacy, Tufts University. In 2021, Dr Perry served as an Economic Affairs Officer and consultant at the Division of Globalization and Development Strategies of the United Nations Conference on Trade and Development. In January 2022, he assumed the position of Associate Editor of the international academic journal Geoforum. He earned his PhD at SOAS, University of London and is currently working on a book on climate reparations. 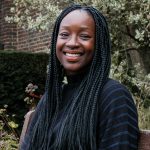 Stephanie was born and raised in London. She qualified as a private wealth lawyer in 2011 and practised at a law firm in the City of London for a decade. During her time in private practice, Stephanie advised a variety of domestic and international clients on a broad range of matters concerning their private wealth.

Stephanie gained an outstanding reputation in the private wealth industry and was named one of eprivateclient’s Top 35 Under 35 in 2020 and 2018. She was also listed as a Rising Star in the tax and trust category of the Spear’s indices 2019 and was named in the Spear’s 500 as a recommended tax and trust lawyer in 2020. Shortly before leaving private practice, Stephanie was ranked as an ‘Associate to Watch’ in Chambers & Partners High Net Worth Guide 2021.

Stephanie is a dedicated social sector leader and has served as a trustee of youth charities FAST London and e:merge; and The Funding Network, a charity which hosts live crowdfunding events for not-for-profit organisations pursuing social change. 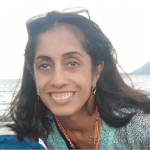 Priya Lukka is an economist in international development working globally to understand alternative realities and perspectives to neoliberalism through raising awareness of communities working for repair and reparations, which is also the focus of her PhD enquiry. Priya also works as Macroeconomist at the Office of the High Commissioner for Human Rights at the United Nations, working with government policymakers to improve outcomes for groups of people most marginalised by economic system, through understanding the impact of policies on debt, trade and tax. She writes on a range of issues, including on global economic governance and climate colonialism.

REPORT/Tax as a Tool for Racial Justice