The ability of people to hold wealth anonymously – from financial assets to real estate, or high-value art, yachts and aircraft – is central to the spiralling wealth inequality, corruption and tax abuse around the world. And as policymakers are being reminded since Russia’s invasion of Ukraine, anonymous wealth is also the major hurdle to any sanctions being effective. But progress has been building towards an emerging international standard of requiring public beneficial ownership information for property and for companies, trusts and other legal vehicles.

The next step, once thought utopian, is to create a global asset registry to bring law and transparency to the trillions in wealth and assets anonymously held offshore. A global asset register would join up the range of information available on legal and beneficial owners and connects through with legal entity identifiers and personal tax identification numbers. With some data public and other information available only to tax authorities and law enforcement, the global asset registry offers the scope to protect privacy while ending financial secrecy, and provides the basis for taxing wealth more effectively and progressively.

This event will be delivered in partnership with the Independent Commission for the Reform of International Corporate Taxation (ICRICT), which has led work on proposals for global asset register and includes key proponents Prof Thomas Piketty and Gabriel Zucman, and with the Fight Inequality Alliance, the leading grassroots movement which has backed national wealth taxes all around the world. 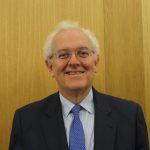 Jose Antonio Ocampo is the chair of ICRICT and a professor at Columbia University, is a former Minister of Finance of Colombia, and former United Nations Under-Secretary-General for Economic and Social Affair 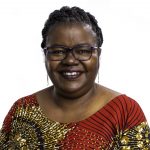 Ms. Njehû is a Pan-African Feminist, a committed activist for justice and dignity. Her first activism and advocacy lessons were from her mother, Lilian Njehû, a community and church-based activist who continues to inspire her to fight for justice.

Ms. Njehû is the Coordinator of the Pan-African Fight Inequality Alliance. A long-time activist on socio-economic justice, her expertise includes women’s land rights, gender justice, international debt issues, and environmental justice. She has testified three (3) times before the U.S. Congress, on debt, HIV/AIDS and other crises facing Africa.

Ms. Njehû has served on many Boards and currently is Board Chair of the Urgent Action Fund – Africa (UAF-Africa) and a Board member of Natural Justice. She is a founding member of the International Council of the World Social Forum (WSF) and the African Social Forum Council. 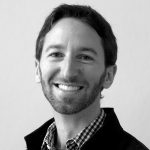 Andres Knobel is Lead Researcher Beneficial Ownership for the Tax Justice Network. He studied Law at the University of Buenos Aires and was an exchange student at Columbia University in New York. He completed his Master’s degree in Law and Economics at Di Tella University, focusing on tax law and public policy. His work focuses on beneficial ownership, offshore trusts and automatic exchange of banking information. Member of the European Parliament

Kira Marie Peter-Hansen is the youngest politician ever elected for the European Parliament. She is working towards a more sustainable, just and social Europe as a Vice President of the Greens/EFA Group. Her political interest lies in the intersection between human rights, gender equality and a social, sustainable economy. Currently, she is a member of the Committee on Economic and Monetary Affairs and the Committee on Employment and Social Affairs, Vice President of the Subcommittee on Tax Evasion, and the group coordinator in the Committee on Women’s Rights and Gender Equality. Kira Marie Peter-Hansen is the currently the shadow rapporteur on the Anti-Money Laundering Directive and the Regulation in the ECON Committee. 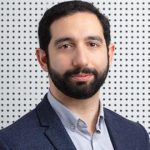 Panayiotis Nicolaides is an applied microeconomist, with research interests in public economics and taxation. At the EU Tax Observatory, he is responsible for internal research coordination and liaison with external partners. Panos is currently finishing his PhD at the Hertie School in Berlin. He has extensive experience in high-level policy-making in the EU, having served as Alternate Member at the Eurogroup Working Group and Alternate Director at the European Stability Mechanism, where he handled, among others, the 3rd Greek economic adjustment programme and a three-year long debt restructuring negotiation. 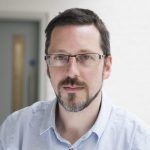