The following article is from the “Tax and Monopoly” October 2022 issue of the Tax Justice Focus, an online magazine that explores boundary-pushing ideas in tax justice and revolutionary solutions to the most pressing challenges of our time. Each edition features articles from prominent experts and academics from around the world. The “Tax and monopoly” issue is co-published with the Balanced Economy Project and Roosevelt Institute.

As some companies reap outsize profits while consumers struggle to keep pace with inflation following the pandemic and Russia’s aggression against Ukraine, lawmakers around the world have been considering whether and how to respond.

In recent months, the UK approved a ‘windfall’ tax on oil and gas producers, US lawmakers proposed a tax on ‘super-normal’ profits under the rubric of a ‘Taxing Big Oil Profiteers Act’, and UN Secretary-General Guterres called for governments around the world to tax ‘excessive’ oil and gas profits. Meanwhile, global talks surrounding the tax affairs of large multinationals look to redistribute the ‘abnormal’, ‘non-routine’, and ‘residual’ profits among countries in furtherance of fairness goals.

In describing profits, are abnormal, excess, non-routine, super-normal, residual, and windfall just synonyms used to describe the same phenomenon? If so, what is that phenomenon? These terms are often used interchangeably, and they generally point to someone (usually a company) receiving an unexpected cash flow of some kind. In truth, there is no scientific way to distinguish precisely between normal or routine profits, on the one hand, and everything else, on the other. But the various terms for ‘everything else’ have distinct enough technical and social meanings that a terminology choice can influence the feasibility of a policy proposal. So it is worth understanding what people mean when they choose one of these terms to advance tax reform.

To understand what non-routine, excess, windfall (and so on) profit might be, it helps to start with the categories of income that distinguish them, namely, ‘normal’ or ‘routine’ profit. Are these the same thing? In an informal sense, they are. Both might be used to describe the return a competitive market would be expected to produce for an investment of labour or capital (or both).

A risk-averse investor might, for example, seek a relatively slow and steady gain of or 6% per year – a ‘normal’ return. When the market unexpectedly improves, the higher return appears other than normal (it may be short-lived or averaged out over time). For a company, a normal return might be described as the amount required to justify keeping the business going; in other words, to pay for requisite assets and employees.

A ‘routine’ profit might refer to the same phenomenon, but in a tax context it can refer particularly to the return on a specific activity performed in the context of a multinational enterprise. For example, an expert might explain that a routine prof it is what an independent (‘arm’s length’) service provider expects to earn by undertaking functions for another business, without taking on the other business’s broader risk.

Policymakers reflect these intuitions about what is normal or routine when they craft tax policy, including in the OECD’s two-part initiative to redistribute taxing rights in respect of highly digitalised companies (‘Pillar 1’), and to reduce tax competition for large multinationals with a global minimum tax regime (‘Pillar 2’). The language chosen conveys a sense that there is no political appetite for upsetting status quo rules around how countries tax (or not) normal profits. Only the proliferation of profits ‘beyond normal’ appear to justify tax reform.

The word ‘normal’ is also a core feature of excess profits surtaxes proposed in the wake of macroeconomically destabilizing events (such as pandemics and wars). In this context, normal profits can be determined in different ways. For instance, the ‘average earning’ approach considers the taxpayer’s average profit over a few years before the destabilizing events; the pre-existing tax rate applies to current profits up to that average, while the surtax applies to the excess. In contrast, the ‘invested capital’ approach designates a specified rate as ‘normal’ such that everything earned above that rate is treated as excess and subjected to the surtax.

The latter idea is seen in the OECD’s Pillar 2 framework, which (currently) effectively defines an 8% return on tangible assets and a 10% return on payroll costs as normal profits. Following this classification decision, national tax incentives that reduce or eliminate the tax on those profits are left alone, while the global minimum tax would apply only to returns in excess of the specified percentage.

Whether applied in the context of tax avoidance, tax competition, or a specific calamitous event, the animating idea here is that there is normal profit, and there is something beyond normal profit – and the tax system ought to respond differently to each category.

Beyond normal is a vast category. Within it, the terms excess, abnormal, windfall, supernormal, etc are often chosen to convey some underlying social or economic malaise.

But in a general sense, all the terms describe the same thing (even if different types of excess may have distinct economic origins): the recipient is benefiting from some form of market distortion. In the extreme, acompany that generates significant beyondnormal profits might have done so by gaining a monopolistic position; if so, regulators may have to step in more forcefully. Policymakers have to decide whether and how to react to various market distortions all the time, typically with insufficient information. In describing beyond-normal profits, the term ‘excess’ is the most ubiquitous, serving as a catch-all for abnormal, windfall, nonroutine, etc. Context matters: one term may be used to describe a common market imperfection – for example, residual profits often arise from intellectual property rights. Others are used to connote a bounty reaped from chance events (super-normal and windfall are typically deployed in this manner).

A non-windfall excess profit might be called ‘pure’ economic profit or ‘rent’. In brief, the owner (for example, a monopolist with significant and durable market power) has simply earned more than business viability requires. In theory, a perfectly competitive market will remove rent from the equation until everyone only receives normal returns. In reality, this never happens, and some economic rent is always available. But a windfall is distinct: all market participants reap advantages or disadvantages from sudden disruption, due to simple luck at the relevant time.

The question for policymakers is how to determine whether and when to respond to excess profits with a surtax. If a policymaker aims at excess profit and hits normal profit instead, they will worry about harming or chasing away productive economic activity. But if they aim correctly, a tax on pure windfalls can approach 100% without affecting investors’ future behavior.

A key challenge for policymakers is figuring out what the surtax will hit. Since an imperfectly designed surtax might induce investors to shift their profits around, and a perfectly targeted surtax might be easier for some countries to design than others, a global excess profits tax would likely be the most effective.

Abnormal, non-routine, super-normal, windfall, excess, and residual profits might all mean the same thing intuitively: profits that exceed what would be expected in perfectly competitive market conditions. There are different reasons why these ‘beyond normal’ profits arise, and there may be more and less politicised ways to measure what constitutes ‘normal’ and what constitutes ‘beyond’. The distinctions might matter because economic theory predicts different impacts on future investments. While experts will always seek precision, tax law is always as much about social and political maneuvering as scientific inquiry. As the world continues to navigate through crises of one kind and another, the niceties of precise rhetorical usage will likely matter less than overall public demand for reform.

Allison Christians is the H. Heward Stikeman Chair in Tax Law at McGill University in Montreal, where she writes and teaches national and international tax law and policy. Her latest book, with Laurens van Apeldoorn, is Tax Cooperation in an Unjust World (OUP 2021). 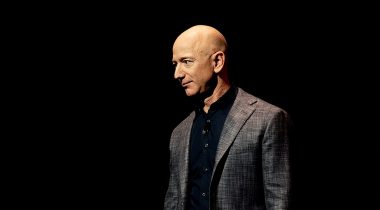