Alex Cobham ■ What the BEEP? The World Bank is Doing Business again

Democracy and institutions ↘ Race to the bottom ↘

We’ve just submitted to a World Bank consultation on what it is calling its ‘Business Enabling Environment Project’ (BEEP) – which turns out to be an attempt to reheat the Doing Business Indicators before they are even cold in the grave. This ideologically motivated ranking had been used to push country after country to cut tax and regulation for business, regardless of the context or the cost. And it had also become a poison within the Bank itself.

It was just September last year when the World Bank published the legal investigation of the corruption of Doing Business (DB), and the welcome and long overdue decision to abolish what had been the Bank’s flagship publication.

But such was the degree of manipulation, and the (absolute) seniority of the Bank staff involved, that I wrote then: “The bigger question is how, if it is even possible, the Bank can eliminate the apparent corruption of the institution that the [legal] review documents.”

To be asked in March 2022 to review a proposed replacement for DB smacks of indecent haste, at the very least. The actual proposal turns out to give every reason for concern. Here’s our submission.

The Tax Justice Network is disturbed to see this project being floated. It is difficult to understand the rationale for the World Bank to pursue a ‘Business Enabling Environment Project’ (BEEP), and we have correspondingly few comments to make on the specific proposal.

The full extent of the argument appears to be that offered in figure 1, in which an arrow labelled ‘Private sector development’ passes through points marked ‘Growth’, ‘Equality of opportunity’ and ‘Sustainability’. We are unaware of any causal relationships of this sort, and the paper does not propose their existence.

Absent a rationale related to the World Bank’s stated aim of ending poverty, the clear concern is that this initiative might reflect a desire to retain the policy influence and financial return that were unfortunately associated with the discredited Doing Business (DB), or continuing adherence to its equally discredited ideological basis. But like many, we would have hoped that the corruption of the World Bank as an institution that was associated with the DB, and the continuing reputational damage, would have guarded against such a revival.

We will not offer a full review, nor close to it, but take the Tax Justice Network’s own primary area of focus as an example of the revised approach.

The relevant section of the pre-concept note begins by recognising the central role of tax in development, but is then explicit that it will seek to retain its predecessor’s anti-tax (and pro-inequality, anti-public services) ideology. On this basis, it includes a measure of tax ‘burden’, based on the predecessor’s use of PwC’s ‘total tax contribution’ – a deliberately misleading measure designed to grossly inflate the apparent tax paid by companies. (As straightforward alternatives, the ICTD/UNU-WIDER Government Revenue Dataset provides detailed data on the actual, aggregate contributions to tax of companies in each country; while researchers associated with the Tax Justice Network have generated consistent series of effective tax rates for multinationals that could be used to compare jurisdictional success in enforcing compliance.)

This ‘burden’ measure is combined in the pre-concept note with measures of the ‘quality’ of tax regulations, and of the ‘services provided’ by tax authorities. Under ‘quality’, for example, and intended to reflect ‘complexity of record keeping and filing’, we find for example one indicator on “the number of documents that are required by law to be filed with CIT returns, other than the financial accounts that businesses normally maintain (balance sheets, profit, and loss account)”.

Many countries sensibly require additional information to be filed with their CIT returns. To give just two examples for multinational companies, this often includes a list of subsidiaries (crucial to confirm transfer pricing claims) and under an OECD standard, no less, country by country reporting (including via local filing where necessary). The apparent intention to incentivise the removal of such standard requirements is fully aligned with the regulatory race to the bottom that DB accelerated – but scarcely consistent with claims of a more nuanced approach in BEEP.

No element of the tax approach is consistent with the initial recognition of the contribution that tax can, and must, make to society. We summarise these as the 4 Rs of tax: revenue, redistribution, repricing (of public goods and bads such as tobacco consumption and carbon emissions) and political representation (because tax plays an important role in driving the accountability that underpins the social contract).

Delivered together, an effective tax system is thereby central to the progressive achievement of human rights through an accountable state. The BEEP vision of tax, in contrast, is one in which the least trouble (for companies), lowest quantum tax is once again seen as best.

Measures of tax that were intended to support development would look very different indeed. Tax system effectiveness might be considered, including simple measures such as the tax/GDP ratio already established in the UN Sustainable Development Goals, along with estimates of losses due to tax abuse such as those published in the annual State of Tax Justice reports. The contribution of jurisdictions to cross-border tax abuse and other illicit financial flows suffered worldwide is tracked in detail in the many indicators of our Financial Secrecy Index and Corporate Tax Haven Index.

Even from the narrowest perspective of business ‘enabling’, the proposed indicators fail to address the potential of tax. Countries at all per capita income levels are struggling with the willingness and ability of multinational companies to abuse taxes, with an estimated minimum cost worldwide of some US$312 billion annually (per State of Tax Justice). Aside from the revenue damage, this wedge also represents the unfair advantage gained over domestic, standalone businesses that are broadly tax compliant.

The failure to prevent tax abuse by the largest, international companies thereby undermines fair market competition. In the extreme, this can exacerbate the phenomenon of the ‘missing middle’, hollowing out the firm size distribution and leaving only disproportionate numbers of smaller firms, often informal, and dominant multinationals. This can also impose further tax losses, since economic activity is now overly concentrated in two groups that are poorly tax compliant on average, and likely a loss of employment and economic dynamism.

Unlike the DB, the BEEP pre-concept note does explicitly recognise that there may be trade-offs, and even discusses this in the context of taxation. Specifically, it notes: “BEE acknowledges that some business regulations (e.g., certain regulations related to taxation) may add to the regulatory burden faced by individual firms but recognizes the positive impact that they may have on the economy. BEE will attempt to address this trade-off when deciding on the scoring methodology.”

In line with this, there are some elements that seek to recognise the value of effective government to individual businesses, such as efficient online registration; but little that recognises that there might be broader social value. Some of the most extreme elements of DB have been tempered – it appears, for example, that better labour protections might be rewarded rather than penalised – but the narrow focus dominates. None of the tax indicators, for example, reward the kind of transparency measures that can strengthen public accountability – most obviously, public country by country reporting for multinationals (even in the aggregate), to put their tax behaviour on a level playing field with that of domestic firms filing public accounts.

The narrow focus of the tax indicator bodes ill for the entire project. The BEEP may be somewhat better dressed but it appears to remain fundamentally consistent with the DB’s aim to accelerate the race to the bottom on tax and regulation.

In the absence of any clear rationale for the BEEP to exist, or any evidence base for how the particular measures would deliver broad, social benefits, there seems to be no case for further resources to be dedicated to this effort – especially in the case of an institution whose stated aim is to fight poverty.

Postscript. The day after the deadline for submissions, the World Bank’s Independent Evaluation Group released its long-trailed evaluation of the now-defunct Doing Business. Focused on the quality of evidence and the use of the tool itself, the assessment is excoriating, in the most polite way possible:

“[Doing Business] reports have made many claims for the benefits of measured country reforms that go beyond rigorous or replicated evidence. By favoring supportive evidence and by not establishing strong criteria for filtering evidence, the reports open the door for critics of their objectivity and accuracy, posing a reputational risk to the World Bank Group and potentially misleading clients and stakeholders.”

This should be a time for the Bank to take a pause, and consider its role in this space – not rush in with a half-baked substitute for the corrupt DB. 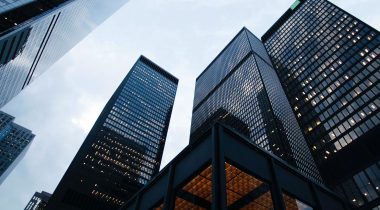