Naomi Fowler ■ The offshore world and the enablers of capital flight

We’re pleased to share an article from Argentinian Economist Jorge Gaggero which was recently published by Opinion Sur which we’ve adapted in places from the original version. It’s time, he says, for countries in the Global South to act together to address capital flight and the slowness of the world’s biggest economies to reform it. Read on here:

The offshore world and the enablers of capital flight 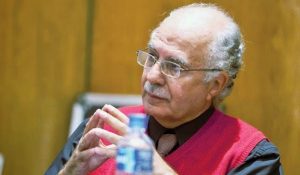 Among Southern countries, Argentina is showing signs of early development of the capital flight phenomenon. After four decades of a persistent outflow of resources, the most recent calculations of the stock of offshore wealth of Argentinian-origin in relation to the magnitude of Argentina’s GDP (the gross domestic product representing the annual value of wealth created in the country), show a record high among Latin American countries—shared only with Venezuela. Estimations place Argentina within the top places of the global ranking, the equivalent of almost one GDP accumulated in the offshore world. Around 400-500 billion dollars lie outside the economic system (more than 90% of which is in illegal ways). The annual flight flow represents almost 5 points of GDP, a quarter of the total investment made every year in the country.

There’s been an entrenchment of a favourable climate for fiscal non-compliance and capital flight among Argentinian individual residents and enterprises that operate locally and more than three decades of democratic restoration have been unable to hold back either phenomena. Meanwhile, external unfavourable circumstances got worse, such as the extension of economic-financial globalisation, the setback in fiscal competencies of the Nation-State and, in particular, the expansion of the tax haven system.

On the domestic front some of the harmful features of Argentina’s economic structure were accentuated, such as its tax structure and fiscal management, which in the last year and a half were coupled with a neo-liberal economic administration that ended up with the destruction of the “national financial frontier” by establishing the free circulation of capital. This fosters local speculative activities and the accelerated accumulation of external debt, which in addition facilitates capital flight and leads the economy towards a situation of extreme external vulnerability.

In the tax sphere, inextricably linked with capital flight, the more ‘advanced’ countries are the ones who set the rules for the world and the associations to which they belong are the ones that can attain better regulatory harmonisation, management coordination and global influence. Those same countries are also the ones able to set the international game rules that will favour their enterprises, tax offices, and/or their other economic and financial interests.

In the absence of truly multilateral organisations empowered to take on this challenge— a gap that tax expert Vito Tanzi proposed to fill decades ago — the limited agreements and ad hoc consensus within the G7—lately extended to the G20—and the OECD are the ones that set the course. These agreements are becoming ever more insufficient in their territorial and socio-economic scope, as well as in their legitimacy insofar as the emerging countries of the South can gain space. Moreover, they appear inadequate for confronting the destructive escalation of the unleashed global forces of uncontrolled fiscal competition that undermine regulatory systems; rampant avoidance and evasion that ridicule tax administrations; growing capital flight that severely erodes economies and the societies of nation states (limiting their economic potential, as well as the quantity and quality of their labour force and the possibility of reaching higher levels of equality). The “horsemen of the Apocalypse” are the main characters of the offshore world: global banks and multinationals, tax havens, big consultancy, tax and auditing firms (with the “Big Four” at the head) and large specialised law firms. These are the great enablers of the offshore world, used mainly by multinational corporations and the “global rich.”

The future has arrived…

Two decades ago, Tanzi highlighted the impact of these phenomena—which were already visible—on tax structures (an increasing regressive one) and warned us it was worsening: “it is only a matter of time for tax levels to start reflecting the forces at play.”

The world that Tanzi forecast has arrived. Just over a decade after his prediction, the great crisis at the beginning of the millennium (2007-2008) harshly showed the costs of the lost time in addressing the dangers. The threat to “blow up tax havens with dynamite” made by former French President Sarkozy (supported by Angela Merkel and the then head of the IMF, Strauss Kahn) met with the fierce defence of the “Anglo-Saxon brotherhood” (the USA and the United Kingdom). Through the G20, this radical claim actually resulted in a much more moderate, and far less effective course of action whereby the BEPS Project (Base Erosion and Profit Shifting) emerged, whose design and implementation fall under the scope of the OECD, a club dominated by rich countries.

Neither Tanzi’s proposal nor the more moderate option that developing countries presented in Addis Adeba at the Third International Conference on Financing for Development in July 2015 were approved. The latter focused on strengthening the UN Committee of Experts on International Cooperation in Tax Matters. Wealthy countries, in particular the “Anglo-Saxon brotherhood,” blocked it. To make matters worse, last June the OECD released an empty list of tax havens. What that means is that for the OECD, all the jurisdictions around the globe are “collaborators” in terms of tax information and in fact the OECD has just strengthened the hand of the world’s fiscal havens with a double effect, granting a ‘right of passage’ for continuing global economic piracy (favouring large banks and multinational corporations) and the promotion of the carnival-like lives of the global super-rich.

So, what can be done?

The global and supranational agenda

There are major challenges to tackle the global financial system; very briefly, the great deregulation that benefits it, its oligopolistic behaviour, and the accelerated process of concentration (the three are linked, obviously). A very valuable recent investigation has focused on this “world hydra” (François Morin, 2015), whose 28 member banks are clearly protected by the major nations of the developed world. In this context, it is not a paradox that many of these States are being “captured” as a consequence of their debts to the oligopoly.

A vital measure now is to establish controls over international capital flows that would moderate the volatility of those flows. This would contribute to financial stability and comply with the decisions made by the G20 in 2009—and afterwards forgotten—on ending the perverse resulting dynamic of the joint efforts made by “secrecy jurisdictions” (fiscal havens) and the banking secrecy that stimulates illegal capital flight.

In relation to the problem of fiscal havens, the time for cynical speeches with no substance must end. Transparency and access to information is crucial. As a preliminary step, governments must facilitate easy and generalised access to data on unregistered financial flows. A growing proportion of global opaque “business” are concentrated in fiscal havens within the territories of developed countries and their dependencies, increasingly linked to offshore operations by the global banking oligopoly. This issue must be put squarely, without further ado, on the agenda for global structural change.

In a context where multilateral organisations show their partiality and limitations increasingly clearly, it is imperative that Southern countries now act together to implement regional actions to address the aforementioned challenges. Unfortunately today, in many parts of the developing world, as in Latin America, regional “defensive” actions are marginal.