TJN proudly unveils today its first public call among business leaders in Germany in support of a fully public and effective register of beneficial ownership (BO, or the real owners of companies). So far 12 German businesses with a combined turnover of more than €500 million have signed the petition for amending the current draft law on beneficial ownership. The call proposes amendments by making a BO registry fully public, and by ensuring that the real ultimate beneficial owner is always published, no matter in how many “shells” the German legal entity might be wrapped.

The call emphasises that the publication of the information on beneficial ownership would create a level playing field between currently transparent GmbHs (with domestic, non-legal person shareholders), and currently opaque AGs and GmbHs (with foreign legal person shareholders). At the moment, the users of offshore legal entities can enjoy the (rather sinful) fruits of anonymity while the names of domestic business owners with nothing to hide are often already made public.

Here is the call for signature, and here is the signed call with the current list of signatories (and here is a blog in German introducing the call). The timeline for signatures is tight. The parliamentary schedule foresees that on Wednesday, 26th April, the finance committee will discuss the law and the final discussions in the finance committee are scheduled to happen on 17 May. The final votes in the plenary Bundestag are planned on 18 and 19 May.

As the German legislative process for the implementation of the 4th EU anti-money laundering directive hits the home straight, the draft law has become under increasing pressure from civil society. In a public hearing in the finance committee of the German Bundestag on Monday, 24th April, Tax Justice Network, Transparency International and others testified to the urgent need of improvements of the current legal text. TJN’s written statement can be read and downloaded here.

In the draft law, three main problems persist which prevent the public from accessing beneficial ownership information of German legal entities. Two concern the watering down of the definition of the beneficial owner, the first of which relates to the senior manager opt-out clause, which the 4th EU AMLD is allowing, but which the UK did not implement and which the EU-parliament in March 2017 rejected in its comment on the interim proposal for amending the 4th AMLD (and which we have analysed in depth here). In situations of indirect control, i.e. when there are more layers of legal entities, the German legal entity has no obligation anymore to identify the beneficial owner. Instead, the obligation is on the beneficial owner her/himself, to report her/himself. The company has no duty anymore. If transferred to road traffic, this is akin to exempting all cars with masked number plates from the speed limit, and to request instead self-incrimination by those drivers.

This restriction is likely to be in violation of Art. 30 of the 4th AMLD as it is specified that the duty must be on the company to identify the beneficial owners without exception, in all circumstances. This backdoor is all the more curious because it stands in contrast to the rules in the draft law with respect to customer due diligence by obliged entities, for which this restriction does not apply when identifying the beneficial owner of a German legal entity.

The third problem in the current draft law concerns the failure to provide public access to the registry. Instead, beyond specific professions, the draft law only allows access after demonstrating a “legitimate interest”. In the law’s justification, this provision refers explicitly to the regulations with respect to the Grundbuch, the real estate registry, which is famous for its very restrictive and whimsical interpretation and requirements of demonstrating a “legimitate interest”. The arguments in favour of public BO registries do not need to be repeated here, but some of them can be accessed here, in paragraph 7.

Just before the hearing in the Bundestag began, Attac, GATJ’s German branch (Netzwerk Steuergerechtigkeit Deutschland) and WEED protested in front of the Bundestag, demanding “real transparency instead of obscuration” and handed over more than 150.000 signatures to Axel Troost, a member of the Finance Committee for the Left Party. Representatives of the other parties in the Bundestag have been invited, but did not show up (some more background and photos available here, more fotos here and here). 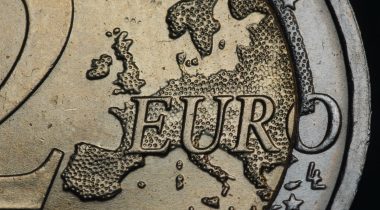