EU governments are very close to agreeing the criteria for the EU tax haven blacklist, expected to be finalised around September 2017 so the list can be endorsed by the end of 2017. Apparently, it’s intended to be ‘a continuous and regular process‘. While the idea of blacklisting countries so they could face sanctions may sound great, we’ve warned many times about the false promise of tax haven blacklists and how that approach can be misguided and doomed to fail. But, if EU nations are really serious, our Financial Secrecy Index provides the perfect tool for doing this properly. 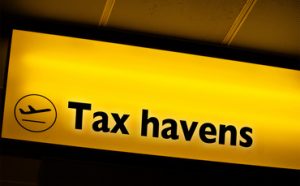 We’re all for imposing tough sanctions on non-cooperative jurisdictions, but any method of deciding which ones are deserving of such action must be fair.

As we’ve seen so many times before, the criteria were weak, such lists have been ineffective and it’s been far too easy for some of the world’s worst offenders to wriggle their way out of them, or simply be big and bad enough not to worry about being included in the first place – for example – the United States.

As you may remember, we ranked the U.S. number 3 in our Financial Secrecy Index and identified it as the jurisdiction of greatest concern. The Financial Secrecy Index is a vital tool here as the world’s only non-politicised ranking system, which assesses the secrecy levels and the scale of  offshore financial activities in jurisdictions according to objective criteria, without fear or favour.

Interestingly, EU Tax Commissioner Pierre Moscovici refused to rule out including the United States on the list, in a recent interview. Hmmm…we’ll be watching that.

We’ll also be keeping an eye on all this and update you here on further progress. In the meantime, we’d like to share with you two things: firstly, we’re happy to copy below a recent statement of concern from our friends at Oxfam over the process of agreeing what the criteria should be for inclusion on the EU blacklist.

EU governments are on the brink of agreeing a tax haven blacklist that could ensure corporate tax havens face international sanctions for the first time. This is a welcome move if the list includes objective and comprehensive criteria instead of focussing solely on opacity of tax systems, said Oxfam today. The organisation is calling on EU member states to ensure the blacklist criteria are sufficiently robust for the list to be a useful tool in the fight against tax dodging.

EU finance ministers will meet in Brussels tomorrow to discuss, and potentially adopt, criteria for producing a European blacklist of tax havens along with a shortlist of countries to be assessed against these criteria.

While proposals for the EU blacklist are a distinct improvement over other lists – including a planned G20 blacklist – Oxfam has a number of concerns about it:

“Tax havens are helping big business cheat countries and their citizens out of billions of dollars in tax every year. By starving countries of money needed for education, healthcare and job creation tax havens are exacerbating poverty and inequality across the world.

“If the EU blacklist is to be a useful tool in the fight against tax dodging, and not just a gimmick, politicians can’t afford to fudge it. Tax blacklists can only work if they are based on objective, comprehensive criteria – including whether or not countries are offering zero rates of corporate tax and other unfair tax incentives.”

That’s from Oxfam. Now we’d like to share with you the latest on the meeting of the European Council on this process. They have published an update from its ECOFIN meeting and here’s the summary from that meeting from the IFC Forum:

“The European Council adopted conclusions on the criteria for the screening of third country jurisdictions and guidelines on the process for selecting and screening jurisdictions.

The three agreed criteria for the screening process are:

·         The jurisdiction should have no preferential tax measures that could be regarded as harmful according to the criteria set out in the Resolution of the Council and the Representatives of the Governments of the Member States, meeting within the Council of 1 December 1997 on a code of conduct for business taxation.

·         The jurisdiction should not facilitate offshore structures or arrangements aimed at attracting profits which do not reflect real economic activity in the jurisdiction.

It will be for the Code of Conduct group to determine what the latter means.”