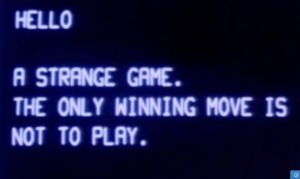 Fools’ Gold [and TJN] author Nicholas Shaxson has just had a piece in the Washington Post entitled Five Myths about Tax Havens in which Myth 5 goes like this:

Reducing corporate taxes to attract wealth back from tax havens sounds plausible — “Republicans call [tax inversions] the inevitable consequence of a flawed tax system,” Bloomberg View recently observed, “and say the only solution is a full revamp of the tax code, including lowering the corporate rate and limiting taxes on foreign profits.” But it doesn’t work that way. Tax cuts at home don’t persuade corporate bosses to ease up on tax avoidance, and there are always more lucrative shelters abroad.

As U.S. corporate tax rates have plunged over the past 40 years, corporations have shoveled ever-rising quantities of money offshore. In the early 1990s, corporations paid an effective tax rate of nearly 35 percent, and revenue losses to offshore tax havens were hardly a problem. Now effective rates are below 20 percent, and revenue losses are running at an estimated $100 billion annually and rising. The key reason is not high taxes but the proliferation of havens, loopholes and advisers.

Corporate tax cuts also attract the wrong kind of investment — activities like profit-shifting that don’t result in real benefits to the broader economy. Recent research from Congress’s Joint Committee on Taxation shows that tax-cutting by the United States isn’t even good at attracting those investments, anyway. There simply is no beating offshore tax havens in their race to the bottom: They will always zip down the slope faster. The solution is not to cut taxes but to crack down.”

The answer to the race to the bottom is not to ‘compete’ but to opt out. Or, as Matthew Broderick’s character David Lightman found out in the 1983 movie WarGames, “the only winning move it not to play.” (Quote hat tip: Prof. Bill Black.)

Now Jared Bernstein, a former chief economist to the U.S. Vice President, has an article, also in the Washington Post, entitled A graphical assault on supply-side tax cuts. The beauty of this article is that it lets pictures speak where words usually do. He starts by saying “I’d like to barrage you with scatterplots” and his first offering is this one: And then he does indeed provide a barrage of (US-focused) graphs, such as this one: Note again that if you are a supply-side tax-cutter you’d want that line to slope the other way. (In fact, all the graphs he include have this slope, with varying degrees of severity.)

He isn’t making a big deal of the slope: just putting it into the ‘no good correlation’ box. And as we never tire of saying, it’s hardly surprising that taxes don’t affect growth much: that’s because they aren’t a cost to an economy, but a transfer within it.

And there are plenty more graphs where those came from.

OK, OK, so correlation and causation aren’t the same thing. But as Bernstein says:

“The fact that the simple empirical record is uniformly hostile to the supply-side story should put the burden of proof squarely on those arguing that supply-side tax cuts will be pro-growth.”

One could go in all sorts of directions from here. Matthew Watson’s Piece Why the Competitiveness Agenda is likely to mean slower growth explores some of these generic issues.

Another, related, direction would be to explore the extent to which the Competitiveness Agenda, which is very closely related to the supply-side school of tax cuts especially for the better-off, lead to reduced competition in markets.

And reduced competition in markets leads to all sorts of other stuff – as discussed in this excellent piece entitled Who killed America’s jobs machine?

So why, in light of all this, are these myths so persistent?

Well, a big part of the answer is that tax cuts are, for many people, just like ice cream.

Only spoilsports are against this