Nick Shaxson ■ Google, Facebook and a gradual realignment to the post-BEPS landscape 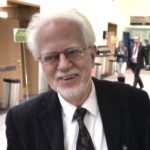 Last week we wrote an article entitled Facebook ‘to pay more UK tax’. Let’s not get carried away, analysing an announcement by Facebook that it will restructure its operations so as to pay more tax in the UK. This follows earlier news (on which we also commented) that Google had reached a deal with the UK authorities to pay more tax. Now a guest blog by Prof Sol Picciotto sheds further light on these deals, and sets them in a broader context.

Google, Facebook and a gradual realignment towards the post-BEPS landscape

A guest blog by Sol Picciotto

The announcements by Google and Facebook should be seen in the light of the attempt to reform international tax rules through the G20/OECD project on Base Erosion and Profit-Shifting (BEPS) to crack down on corporate tax avoidance. The main proposals were published in October 2015, but that was only the first part of a longer process, as pointed out in an analysis by the BEPS Monitoring Group, a network of experts supported by TJN and others.

We are now seeing a gradual realignment, by both MNEs and tax authorities, towards the post-BEPS landscape. Since the revised rules agreed in the BEPS project are far from clear, it is hard to discern how they are being interpreted or what the outcomes will be.

This is a complex game, in which both companies and tax authorities are reinterpreting the rules as play continues. The audience has to guess what rules the players think they are following, but can only suspect that this is just shadow-boxing. Perhaps the players will realise from the crowd reactions that most of the spectators are far from happy with either the rules or the outcomes.

Sales in the UK

It seems that Facebook (unlike Google) will now accept that it has some sales in the UK, at least in relation to its large customers which have client managers. This is presumably due to the changes agreed in BEPS Action 7 to the rules on permanent establishment (PE, meaning taxable presence). These will now deem a PE to exist if a person “habitually plays the principal role in the conclusion of contracts”.

These changes are not yet in effect, so Facebook is anticipating them in saying that it will book these contracts to a UK entity from April. This may be in order to avoid the threat from the UK’s Diverted Profits Tax (the so-called “Google tax”, analysed here). In contrast, according to press reports, Google’s deal with HMRC did not involve accepting that its UK sales are attributable to a UK entity.

Nevertheless, as many commentators are pointing out, this does not mean that substantial taxable profits will be declared. To begin with, as UK tax expert Jolyon Maugham points out, Facebook has substantial losses and other reliefs to carry forward.

But how much profit?

More fundamentally, we don’t yet know on what basis it will declare profits on the UK sales. The BEPS project work on attribution of profits to a PE has not yet been completed, though it is likely to be aligned with attribution to associated enterprises (and anyway it seems that Facebook will be booking the sales to a UK affiliate, not a PE of its Irish one).

It could still treat these sales activities as routine, and book profits on a cost-plus basis. This seems likely, and hence would not yield much extra UK tax.

Would this be challenged by HMRC? Judging by its deal with Google, it seems unlikely. However, the Google announcement related to the past – the HMRC investigation of Google’s affairs since 2005. Google has not yet said how it will structure its operations in the future, just as Facebook has said nothing about the apparently still ongoing investigation of its past tax affairs by HMRC.

Is HMRC too timid?

There is scope, especially following the BEPS revisions, to argue for a greater allocation of taxable income to the UK for such companies. The extensive involvement with customers in relation to advertising, by both Google and Facebook, could be argued to generate valuable intangibles. This would justify attribution of higher profits than on a cost-plus basis, perhaps using the profit split method. But the BEPS work on profit split also is still ongoing.

Still, it seems surprising that HMRC and Google did not agree to at least some profit attribution based on valuable customer-relationship intangibles. There are clearly differences in this respect between Google and Facebook, but surely not all Google’s value derives from its software? Otherwise, why does it need 3000 employees working with customers in the UK?

Facebook may decide to attribute a higher level of profits to the sales which will now be booked in the UK, due to the value added by the client managers. But even this is unlikely to be very significant. These firms attribute most of their value to their software.

Google UK also employs 1,000 engineers, and Matt Brittin stated proudly to the Public Accounts Committee “I would like that 1,000 to be bigger and bigger, and as that gets bigger the proportion of our profits that we earn in the UK will become bigger”. However, as long as profit attribution remains on a cost-plus basis, the amounts will remain tiny.

The next phase of the game

Will this change in the post-BEPS landscape? The BEPS project refused to supply any clear criteria for how to apportion profits according to where “economic activity occurs and value is created”. But the project’s leaders proclaimed that it would put an end to “cash boxes”. These are the entities in zero- or low-tax countries, with few if any employees, to which enormous profits are channelled. The revised transfer pricing rules allow tax authorities to reattribute profits, but only as a result of an analysis of the “functions performed, assets employed, and risks borne” by each entity.

The main activities supposedly performed by “cash box” entities concern intangibles (intellectual property etc), and finance. The BEPS revisions now say that the most important functions are those of “control”. So an entity managing intangibles or finance could not be attributed significant profits unless it had employees who could be shown to control those functions.

This would still allow companies to attribute only routine profits even to affiliates with large R&D activities, like Google UK, if they can be said to be “controlled” elsewhere. So MNEs could continue to attribute low profits to affiliates around the world, even engaged in activities such as R&D which most people would consider must add significant value.

But perhaps this could benefit countries where the corporate headquarters, chief financial officer, or main research centre are located, which could claim that the “control” over functions such as finance and research is exercised there.

To counter this, companies could relocate a few senior people to carry out “control” functions in a country which offers low effective tax rates for such activities. Indeed, countries are already competing to attract research hubs, by offering low tax rates on structures such as the “patent box”.

Designing rules to suit the game

The rules should suit the nature of the game. Multinationals pride themselves on being both global and local, on their ability to coordinate and integrate operations which are often highly decentralised. It makes no sense to try to decide how much of the total profit is due to any particular activity, it is generated by the synergy of the whole.

This is especially the case for both finance and innovation. All MNEs have a central Treasury function, but they borrow wherever is most convenient, lend where necessary, and manage worldwide cash-flows. As regards innovation, here is a description:

Quality management and controls relating to the risks, functions and assets employed are to a wide extent part of corporate procedures which are generally valid group-wide and are fully integrated in the business processes. The research and development process is managed by electronic systems which track the allocation of projects to specific research centres, the adherence to budgets, the sign-off processes and the registration of IP rights. “Control” is therefore to a large extent built in to group-wide guidelines and operating systems, and can therefore be performed anywhere as such systems enable a decentralised, collaborative organisation.

This was given by the German-based chemicals giant BASF, in its submission to one of the BEPS consultations.

Hence, what is needed is a shift towards treating MNEs in accordance with their business reality, as unitary firms. As we have pointed out, several options are available. In our view the best is unitary taxation with formulary apportionment. This would allocate each firm’s total worldwide profits (or losses) according to factors reflecting its real presence in each country. My preference is to use sales and employee remuneration, which balances consumption and production factors. This would still leave MNEs free to decide how to structure their activities. But they would be taxed on their real presence in each country, actual workers and customers, not on phantom concepts such as control.