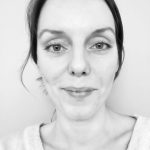 New analysis: The treaties that cut taxes in some of the world’s poorest countries

Today ActionAid releases battery of resources for academics, negotiators and activists that want to know more about the tax treaties that some of the world’s poorest countries have signed up to. This guest blog provides you with a round-up of the key findings and the new resources that have just become available.

Developing countries have now signed on to around a whopping 1,500 tax treaties with their wealthier counterparts. These agreements between countries carve up the right to tax business that operate across borders.

Tax treaties have played a facilitating role in many well-known tax avoidance schemes. The revenue that developing countries let go of in these agreements is in the billions. Yet, with a myriad of more than 3,000 treaties worldwide, little public scrutiny of these agreements has been carried out.

Following some eyebrow raising cancellations of tax treaties and a key warning from IMF staff that developing countries would be “well-advised to sign treaties only with considerable caution”, ActionAid has decided that light has to shine on these little-known tax deals.

The most limiting treaties revealed Find out more about your countries’ most limiting treaties at actionaid.org/tax-power.

The new ActionAid report ‘Mistreated’ reveals which poorer countries that have most given up their power to tax global companies. Bangladesh tops the list and is losing approximately US$85 million every year from just one rule in its tax treaties.

So who benefits? The UK and Italy are tied having the highest number of very restrictive deals that limit taxes when their corporations do business in some of the world’s poorest countries, ahead of countries like the US and Japan.

OECD treaties take away the most tax rights

Some tax treaties provide a far better deal than others and treaties between developing countries are improving. Worryingly, the deals struck with the OECD rich-country club are getting worse over time.

Tax treaties signed by low and lower-middle income countries in sub-Saharan Africa and Asia, by type of treaty partner The analysis of tax treaties that ActionAid has commissioned combines the content of a treaty into an overall estimate of its impact. It provides each treaty with a score between 0 and 1, where a higher number indicates that the poorer country has kept more tax rights in the settlement.

The United Nations has made a push for a fairer sharing of taxing rights through the UN model tax treaty, but ActionAid’s tax treaty dataset shows that many of the rules that the UN has proposed are still commonly not used in treaties between wealthy countries and lower-income countries.

Three taxing rights that are at stake in tax treaties

Profit tax: tax treaties set the rules on when a foreign corporation that’s operating in the country has to pay profit tax. China’s tax deals with Mongolia and Laos mean that those countries can only tax the profits of Chinese multinationals making money in Mongolia or Laos in very restricted circumstances.

Capital gains tax: this tax has delivered multi million dollar tax payments in lower-income countries like Mozambique, but the right to tax capital gains may be undermined in 49% of treaties examined by ActionAid, which lack a clause that protects against a well-known form of tax avoidance.

Treaties are voluntary and can be renegotiated. If more tax rights were given to low income countries, more could be invested in education and health care services that would save lives and improve the health of women and girls.

? Join us in calling for change. Here in the UK, we are calling on the UK government to make sure the UK’s tax treaty with Malawi enables Malawi to fairly tax the money UK multinational companies take out of their country. More than 20,000 people have now signed our petition to address this colonial era tax treaty, please join us in taking action.

? Find out how your country is involved. Find the treaties that your country has that most restrict lower income countries’ right to tax multinational companies – write to your minister or plan your own campaign. Our online tax treaties tool will get you started by showing you the ‘bottom half’ of all treaties that the research has scrutinized.

? Help us learn more. ActionAid is releasing the analysis of more than 500 treaties, freely of charge, on the ActionAid website and the International Centre for Taxation and Development website. If you’re an academic or at the lookout for a thesis topic, please help us address this underexplored research area.

The analysis is based on data and indices produced by consultant Martin Hearson, the producer of the ActionAid tax treaties dataset. Analysis of the data and statements based on the data are ActionAid’s own.

TJN: This article will be stored permanently on our Tax Treaties page.