Our new website will bring you a weekly round-up of tax justice news: our personal selection from a wide array of stories about tax justice, A Week in Tax Justice will be sent out to all TJN subscribers and will soon also be available on our App, which we’ll be bringing out in the next month or so.

Here is the inaugural public edition of A Week in Tax Justice. Enjoy! This week it was revealed that the Prime Minister of Israel, Benjamin Netanyahu, held a bank account in Jersey with the (now UK taxpayer owned) Royal Bank of Scotland.

The leader of the Israeli Labour party was less than impressed saying, “He should run for Prime Minister of Jersey” – which truly would be the unexpected political event of 2014.

The Prime Minister’s Office said that the account had been fully declared to the tax authority. But either way it doesn’t look good: before becoming Prime Minister the first time, Netanyahu was the Finance Minister and in charge of the Tax Authority which states that one of its aims is to limit the use of offshore bank accounts by Israeli citizens.

The Prime Minister’s Office claimed that there was nothing wrong with the account, which had not been used since 2003, and which had been used in conjunction with an investment which held no tax benefit. This was despite payments being made to his lawyer and aides with the account, and the account being set up at a time when Mr Nethanyahu’s income came from lecture tours. 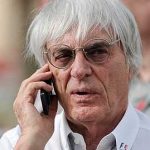 Someone else who may need a lecture is the head of Formula 1, Bernie Ecclestone.

Last week a court in Munich decided to proceed with a trial where Mr Ecclestone has been accused of bribery. The case centres around the sale of the sport’s commercial rights to CVC Capital Partners in 2006. It is alleged that Mr Ecclestone paid a bribe to a Mr Gribkowsky of $44 million to secure his support for the sale.

In turn, Mr Ecclestone accuses Mr Gribkowsky of blackmailing him with accusations of tax avoidance over his offshore trust fund – something which Mr Ecclestone also denies.

Of course Formula 1 would simply never indulge in tax avoidance.

The company controlling the sport is incorporated in Jersey, and the logos and trademarks are owned by Formula 1 BV in the Netherlands. The holding company is a complex group of companies based in Luxembourg and several other jurisdictions.

Here at the TJN we are sure that all of these companies are there for purely operational purposes and are looking forward to the return of the Netherlands and Luxembourg Grand Prix and the establishment of the new and exciting Jersey Grand Prix!

A number of other stories concern Jersey this week. To find out more about the Septic Isle, visit our recent Jersey blog.

It’s not just motor cars that are racing away with the money either. Runners World reports this week that British running legend Mo Farah has applied for tax exile status, putting his primary residence down as Oregon.

Mo Farah is one of the world’s most highly paid athletes with a number of big name commercial endorsements and so this move is likely to cost the British Taxpayer a chunk of change.

Still, you can’t put a value on making a nation proud. As Mo told the Telegraph in October 2013.

“I don’t know anything but England. When I run for my country I’m very proud, and as long as you do that and make your country proud that’s what really matters.”

I’m a tax avoider – get me out of here

Last week we reported on the debate flaring in the US and across the globe on whether we should just end tax avoidance by ending corporation tax.

The other alternative, of course, is just to give up.

Britain has gone a long way down this road. So have many, many other tax havens. This is the approach being advocated by the Australian Tax Office who is apparently “strongly considering” a tax amnesty for citizens with offshore undeclared wealth.

Perhaps we are being a little harsh: an amesty would provide an avenue for downtrodden superwealthy tax avoiders to pay their dues without having to socialize with some of the other less socially acceptable users of offshore finance in prison. However, the minimum amount to qualify will be four years of contributions, which will leave many more seasoned tax avoiders with an opportunity to legally avoid a great deal of tax.

Finally, Craig McKune from South Africa’s M&G Centre for Investigative Journalism has an excellent piece on how millions were funneled through shell companies into the accounts of friends, family members and neighbours of convicted criminal Gayton Mckenzie who helped to secure gold mining rights.

Shareholders in mining company Gold Fields are likely to be less than impressed with the revelation – particularly as it was their money which was being spent and some beneficiaries admitted that they brought “no value” to the deal.

Offshore Corporate Profits: The Only Thing ‘Trapped’ Is Tax Revenue

Just Money: how society can break the power of finance