Nick Shaxson ■ The Offshore Wrapper – a week in tax justice #72

Colombian power generation firm Isagen has been sold to Brookfield for $2bn. Brookfield Renewable Energy Partners L.P. describes itself as a “Bermuda based limited partnership”.

The deal was hugely controversial, with people taking to the streets after it was announced in protest. Isagen is a profitable company and the campaign group Justicia Tributaria had previously managed obtain a judicial suspension of the deal, questioning the motivation behind it.

Brookfield ended up being the only bidder in this deal that will see profits generated in Colombia going to Bermuda.

There has some interesting speculation about who is really behind the deal. Lord O’Donnell, previously the Cabinet Secretary for Tony Blair and David Cameron is a member of the board and shareholder in of Brookfield Asset Management. The Colombian press have speculated that Lord O’Donnell was introduced to the Colombian President Manuel Santos by his personal friend, Tony Blair. Tony worked with Santos on his “Good Governance Project”.

As Private Eye might have put it: that’s alright then. 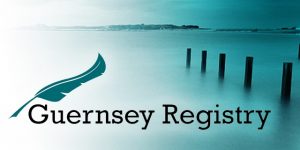 Guernsey told to smarten its act on anti-Money Laundering regulations.

The Council of Europe recently published a report into anti-Money laundering rules in the British tax haven Crown Dependency of Guernsey.

Although the country was rated partially compliant or largely compliant with many of the Financial Action Task Force recommendations, there was still significant room for improvement. In particular the committee was keen to stress that the number of investigations and prosecutions for money laundering needed to increase.

The conclusion highlights an inescapable concern for those worried about the health of international financial regulation. How can such a small country ever effectively regulate the vast flows of money going through it? As noted by the report, by 2014, £220bn in collective investment funds were registered to the tax haven. Guernsey is a small island in the English Channel home to around 60,000 people.

The number of anti-Money laundering prosecutions and investigations was disproportionately low in relation to the amount of money flowing through the jurisdiction. The real question is of course, could it be any other way? Unless of course every person on the island was employed as an investigator. A team with a great history, but what future?

Bolton Wanderers one of the founding members of England’s Football League came just moments away from hearing the final whistle last week. HMRC is owed £2.2m in unpaid taxes and the club doesnt have the money to pay. The tax man is seeking to liquidate the club. In the end the judge granted an adjournment. The case continues.

Why do we care? Bolton came in 2nd place in Tax Justice Network’s Offshore Game League. Drowning in £180m in debt from a BVI company. The total debt is over six times the club’s annual income.

Read the full story on the Offshore Game website 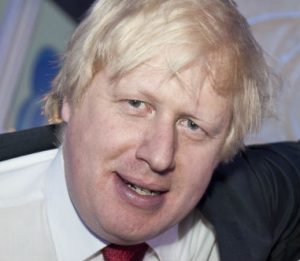 Over the weekend the UK government announced what it initially said was a major coup: a deal with Google for the company to pay an extra £130m in back taxes going back 10 years. The Chancellor of the Exchequer, George Osborne was delighted: this signalled a new era of Britain getting tough with businesses not paying their taxes, he said, adding: “This is a major success our tax policy”.

People had already noticed, however, that £130m over 10 years is only £13m a year. And when you are Google, with sales in the billions, that isn’t really very much.

In fact Prof. Prem Sikka of the University of Essex, a TJN Senior Adviser, estimated the effective corporate tax rate for Google, including the new deal, is in the low single digits and that the company should have been liable for back taxes exceeding one billion.

And anyway – why is this a deal? Most people think that taxes are something which are fairly inflexible. You have taxes, you pay them right? How is it that some companies seem to be able to ‘negotiate’ their taxes, and can we get in on the action? Is this the tax policy Osborne was referring to?

By Monday the deal was quickly unravelling, or rather the idea that it was a good deal was unravelling, because we actually know very little about it. HMRC and Government ministers were insisting to journalists that taxpayer confidentiality meant that they could say nothing.

The Conservative Mayor of London, and someone tipped to take over from the UK Prime Minister gave an unhelpful contribution, suggesting that blaming companies for not paying their taxes was like blaming sharks for eating seals. We of course are sure that he was making no reference to his colleague, the Chancellor, being a seal, eaten by Google.

He also repeated the misleading statement that directors of companies had a duty to their shareholders to dodge taxes.

For clarity, the Tax Justice Network employed a leading firm of lawyers to look into this idea a few years ago and found that in fact, that directors had no such duty. Where is Boris getting his legal advice from? More on the economic illiteracy of Boris Johnson here.