TJN Admin ■ The Offshore Wrapper: a week in tax justice #67

The big event of the last week has been the UN Financing for Development (FfD) conference in Addis Ababa.

Tax justice is at the heart of this debate. According to the Mbeki Report for the UN and the African Union, $50bn a year is siphoned out of Africa in illicit financial flows. 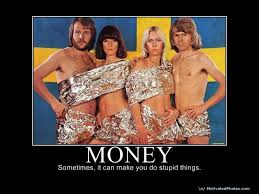 Developing countries around the world lose $100bn to tax avoidance and tax evasion. These are big sums when you consider the entire foreign aid budget is around $130bn a year.

So tackling tax evasion and avoidance would give poor nations significant extra resources for development.

One of the key issues pursued by developing countries at the conference was the formation of an international tax body under the United Nations to coordinate global tax policies.

When it comes to combatting tax avoidance, coordination is key. Multinationals rely on mismatches between different country’s tax rules to play countries off against each other. In this way, they shift vast amounts of money around the world and avoid taxes.

Currently the leading institution for coordinating tax rules is the OECD, a club of developed and middle-income economies. OECD proposals are not binding but they are hugely influential.

Of course this leaves many developing countries without a seat at the table during important international discussions about transnational money flows. Many developing nations and civil society organisations thought a new, global, inclusive organisation would be provide a more powerful mechanism to combat illicit financial flows.

However, last week the Financing for Development Conference failed to agree on a new body. Instead they went for the a watered down option of strengthening the capacity of the United Nations Committee of Experts on International Cooperation in Tax Matters.

Predictably opposition to the idea of a global tax body where everyone has a seat at the table came from countries like the US, the UK and France. They preferred the current system where they assume the dominant role. Plus ca change….

Confess and we will lick your face

Last week the UK government released new proposals that it says will tighten the screw on tax evaders. The UK has decided to criminalise firms who assist people to avoid their taxes.

The announcement was contained in a government consultation called “Tackling offshore tax evasion: A new criminal offence for offshore evaders”. The document outlines new legislation that would make it a crime not to report investment returns held offshore.

The document contains many fine words about how the UK is leading the global fight against tax evasion and tax avoidance. However it also highlights that there will be further opportunities for UK tax evaders to escape sanctions.

How so? Well, the UK government’s approach to tax evaders who have stashed assets in secrecy jurisdictions such as Liechtenstein and Switzerland has been to allow them to be regarded as “tax compliant” if they own up and pay a fine.

This is one reason why the UK has collected much less money than other countries from offshore tax evaders following major leaks of information.

The consultation document states that the current schemes will expire at the end of 2015, but will be replaced by a new global disclosure facility which will allow this benign tax evaders’ environment to run through to 2017 by which time automatic information exchange kicks in.

From Russia with Cash 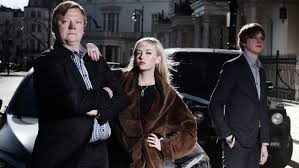 Boris explains carefully to each that he has a small government salary and so “needless to say” the money to buy the high value London property will not be coming from him. Instead it will be stolen from the Russian government budget.

The transaction, Boris advised, would have to be entirely anonymous using offshore companies.

The estate agents, eyeing their six figure commissions, appeared more than happy to carry on with the deal and in some cases recommended lawyers who may be able to facilitate the transaction.

In their defence the estate agents claimed that no crime had been committed as the meeting was only an initial viewing of the flat.

One estate agent even got the former chief prosecutor Lord Ken Macdonald QC to say that the film did not “amount to unambiguous evidence of a money laundering offence”. Though tellingly, there were plenty of QCs who suggested the agents had serious questions to answer over how they behaved.

For anyone that missed it, From Russia with Cash can be seen here: http://www.channel4.com/programmes/from-russia-with-cash/on-demand

Finance Uncovered, the global network of investigative financial journalists, assisted the producers of the programme and was credited in the broadcast.

To the US where the Obama administration seems to be doing all it can to prevent banks convicted of criminal activity from facing the consequences of their actions.

The Intercept has published an article showing how a simple change to a form could allow banks with criminal convictions to access a very lucrative government backed market in housing loans.

Just five days before JP Morgan and Citigroup pleaded guilty to rigging foreign exchange markets, the US Department of Housing started a consultation on changes to the form that banks administering government backed housing loans have to fill out. The change would remove the requirement to declare some criminal offences, including the offences admitted to by the two banks. JP Morgan and Citigroup between then had administered almost $2bn in these loans in last year.

Three Democratic congressional representatives have written to the Department of Housing accusing them of deliberately changing the policy to allow banks to be absolved of the consequences of their crimes.

Moldova, a small country sandwiched between Romania and Ukraine has been in the grip of a phenomenal financial crisis. Last year it was revealed that the equivalent of 12% of the country’s GDP had been embezzled from three banks. This blew a hole in the country’s finances and the country appears to be heading towards bankruptcy.

John Christmas, a whistle-blower from Latvia has produced a frightening if not depressing read about the parallels between the crisis in Moldova and the banking crash in Latvia in 2008-09, demonstrating how Europe has failed to learn lessons.

Christmas uncovered how the laundering of Russian money and the embezzlement of millions from Latvia’s banking system destroyed that country’s economy. A situation that was compounded by the failure of government and international financial institutions to take any action despite widespread evidence of corruption in the system for years before the crash.

Finance Uncovered is back!

TJN and the Centre of Investigative Journalism want to hear from journalists, campaigners and academics who want to learn the skills required to investigate tax abuse, money laundering and corruption.

If so, attend our highly regarded five-day financial investigative journalism training course in London. The dates will be: 16 November 2015 – 20 November 2015.

Bursaries are available for journalists from the developing and emerging world.

There are also places available to paying journalists from the UK, Europe and North America. The course fee for western journalists is £650.

The deadline to apply is 12 noon on 9 September. Go to the CIJ website here to find more course details and our online application form.