John Christensen ■ The Offshore Wrapper: a week in tax justice #51

FIFA officials go down in a Chuck Blazer of glory

FIFA executives gathering in Switzerland this week for the coronation of the Eternal Leader Sepp Blatter have had a nasty surprise. In a dawn raid Swiss and US police mounted a joint operation to arrest and deport several high ranking FIFA officials. Arrests include Jeff Webb of the Cayman Islands and José Marin from Brazil.

The arrests come as a result of the ongoing FBI investigation into bribery in the world football federation. FBI investigators claim that they have found evidence of $100m in bribes paid over 20 years, and that these bribes were arranged in the US and transferred using US bank accounts. Presumably there were many more bribes paid using Swiss bank accounts arranged outside the States! 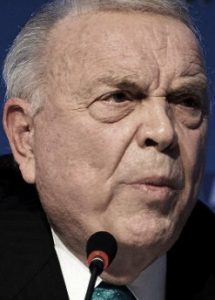 Much of their evidence comes from Chuck Blazer (a.k.a Santa Claus) a former FIFA official from New York who the FBI wired up and sent to talk dirty with his mates at FIFA. Not that Blazer is any hero himself, it is rumoured that he only wore the wire in order to help get out of jail on his own corruption charges.

That FIFA officials are involved in bribery on an epic scale should be of little surprise to anyone given the plague of scandals that have hit the organisation. After all, Jose Marin is such a rabid kleptomaniac that he once was caught on camera stealing a medal from an under 18s tournament in Sao Paulo. Reportedly the winning goalkeeper was left without his memento of the big day.

The incident would be much funnier if Marin also hadn’t been accused of playing a role in the death of a Brazilian journalist, Vladimir Hertzog. Marin used his position as a Senator under Brazil’s brutal military dictatorship to denounce Hertzog for producing anti-regime propaganda (as lead producer at a TV station he hadn’t covered the opening of a new sewer). Hertzog was tortured to death by the police days later. If the FBI manage to deport Marin to the United States, FIFA would do well to send Jose to Washington D.C. for questioning by the Inter-American Commission on Human Rights of the Organization of American States, which is investigating Hertzog’s death after decades of inaction by Brazil. Get the full story on Marin’s (extreme) right-wing past here.

Amazon did they jump or were they pushed?

For years Amazon has been funnelling its sales through the tax haven of Luxembourg, a tiny hangover from Europe’s fractured past nestled between France and Germany.

Customers in, for example, the United Kingdom would buy their products from a .co.uk website. It would be ordered from a warehouse based in the UK and delivered to them by the UK postal system but the bill would come from Luxembourg, which co-incidentally has a much lower rate of value added tax and a ‘competitive’ tax authority with a tendency to sign sweetheart deals with well, anyone.

Now Amazon has agreed to bill customers from the country in which they buy their goods in the UK, Italy and Germany. It is looking into doing the same in France. The media has hailed this as a concession from Amazon after years of public pressure. The reality of the situation is that this probably has more to do with European cooperation on taxation, reducing the scope for small anomalous states like Luxembourg to free-load their way to riches. A while back European Union countries agreed to enforce rules so that VAT is charged at the point of supply rather than the place where your shell company is based.

If Amazon has been hoping this move will encourage the European Union to back off from their current investigations into the company’s tax arrangements, then they hoped wrong. The European Commission has stated that any change in Amazon policy will not prevent its investigation into past activities. The new conservative government has said they will raise an extra £5bn to plug the UK’s budget deficit though combating tax avoidance.

An obvious easy target is the UK’s absurd non-dom rule. This antiquated rule allows people with a foreign connection yet born, brought up, educated and working in the country to keep their offshore earnings tax free. The rules are particularly mad when we consider that entire buildings, businesses and factories can be moved offshore at the stroke of a pen, allowing some UK residents to use non-dom status to avoid stamp duties, income tax, capital gains tax and inheritance tax.  Also, while income brought back to the UK is taxed, what counts as income? What happens, for example, in the case of a private jet owned and operated by an offshore company funded though tax free earnings?

A recent investigation from Reuters showed how non-doms have been able to avoid hundreds of millions of pounds of taxes on businesses which are entirely based in the UK. This includes Harrods, a high end department store and symbol of the British establishment.

However, as we would expect, the tax avoidance industry, sensing opportunities for making money, has swung into action. According to the FT, which has recently called for the non-dom rule to be abolished,  financial advisers are now advising (for a fee) their non-doms clients switch their assets into more complex tax avoidance schemes to shield themselves from any changes to the non-dom rules. Not surprisingly, offshore trusts are a favoured tool for achieving this..

For years we have marvelled that governments have done virtually nothing about one of the largest tax dodges available to companies. For various historical reasons the cost of debt servicing can be entirely deducted from a company’s profits before it pays corporation tax.

This has allowed, nay encouraged, company directors to load companies with debt to extract the revenue out of a company tax free.  Very often the debt is routed via an offshore company to take maximum advantage of the profit shifting opportunities.  This tax bias has led to companies carrying crushing levels of debt, which inevitably make them much weaker and exposed to greater risk of financial shock.  It also causes governments to lose huge amounts of potential tax revenue.

Now if those terribly clever investment bankers are on top of things everything should run smoothly. But we all know they aren’t. Instead when a financial crisis hits, as inevitably happens, over-indebted companies are wiped out and the tax payer has to bail out bankers who lent badly in the first place. Removing the tax deductibility of debt would lead to greater financial stability and higher tax returns for the government, a win-win, as many have argued for years.

Now the advocates for change have found an unlikely ally in The Economist, which has published an article saying it is time for the subsidy on debt to end. The article estimates that around the world governments are losing the equivalent of between 2-3% of their GDP on the subsidy, which is a huge amount of money. Read the full article here. TJN’s analysis is here.