John Christensen ■ The Offshore Wrapper: a week in tax justice #53

You’d think tax havens have their hands full with exotic financial products and shell companies. Well now they are trying to cash in on a new form of financial secrecy – high value art.

Art provides a handy way to move millions undetected. A Van Gogh or Picasso is unlikely to lose its value, is portable and can be traded on unregistered private markets.

Luxembourg is one tax haven that has been inspired to set up a “Freeport” to hold art and other collectables.

Clients can fly in on their private jets, deposit a work of art where it is stored in controlled conditions in a secure warehouse.

Ownership is secret and there are no customs or import duties. According to The Economist these storage centres can be so secretive that even insurers don’t know how much of the art they insure is contained in them.

So what could possibly go wrong?

Ask Dmitry Rybolovlev, owner of Monaco football club. Dmitry is a multi-billionaire, the largest shareholder in the Bank of Cyprus, who was once accused and then acquitted of ordering the murder of his business partner.

Now Rybolovlev has accused Yves Bouvier of defrauding him over trades in art.

Bouvier is the head of arts storage, shipping and servicing for a company that runs “freeports” in Luxembourg, Switzerland and Singapore.

According to Rybolovlev’s lawyers, the “Rybolovlev family received some information about possible fraud and manipulation of prices on the art market by Mr. Bouvier and his accomplices”

Bouvier has been arrested in Monaco and granted bail of $10m.

So is Bouvier guilty or has he been…framed?

Wealthy Indians may want to quickly check their offshore art.

The country’s finance minister has announced that India is to make tax evasion though the concealment of assets abroad a criminal offence.

Evasion is currently is a civil offence with offenders facing a civil fine.

An interesting aspect of this reform is that by making this form of tax evasion a crime the country hopes to put pressure on tax havens and offshore jurisdictions to cooperate with tax investigations.

Certain jurisdictions will not cooperate with requests for help in investigations when a civil offence has been committed but will cooperate if there are criminal allegations.

The proposed changes mean that India now has a tougher stance on tax evasion than the UK, who considered introducing a similar offence but now appears to have dropped the idea. Mobile Money is a method of making payments using a mobile phone. Instead of a bank account, users of the service have a ‘mobile wallet’ attached to their phone number.

In developing countries without an established banking network, the service has taken off. According to mobile phone industry studies half of all mobile money services in the world are in sub-Saharan Africa.

But did MTN’s Ugandan staff upload official blacklist data onto its systems? And are Ugandan regulations in place to deal with this fast-growing payment method?

In both cases, the answer appears to be a resounding “No.”

The Ugandan Observer reports that an internal audit from MTN shows it identified potential problems with their money laundering controls as early as 2009.

The report raised concerns that the list of people subject to sanctions were not checked against customers, so they would be able to use it freely as a means to transfer money. Training on anti-money laundering systems didn’t happen and there were inadequate records kept.

Oh and there is still no specific Ugandan law regulating mobile money.

You think the Ugandan authorities are bad? Well take a look at their Swiss counterparts. Next to them, the Ugandans are pukka.

Last week Attorney General Michael Lauber defended the enormous time it has taken the Swiss to open an investigation into HSBC for money laundering.

Despite governments around the world holding the data Herve Falciani took from HSBC Switzerland for 7 years, the Swiss are only now opening an investigation.

“I know this situation must look shocking,” said Lauber. “But you have to understand the legal circumstances around this information are very delicate.”

Those legal circumstances meant that Swiss authorities chose not to act on information which revealed that their country was used to aid and abet criminals, money launderers, arms dealers, illegal diamond traders and corrupt officials.

Instead they went after the messenger Hervé Falciani spending years attempting to extradite him back to Switzerland so they could try him for crimes against criminal banking.

Mr Lauber, this doesn’t look shocking – it is shocking. Shocking that a country in Europe has purposefully structured its legal system to protect criminals and punish those who seek to expose criminality. 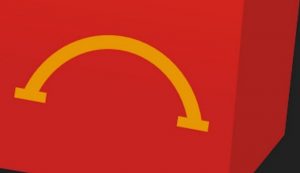 The Big Tax Cheat and Fries

War on Want, the anti-poverty campaign group, along with two unions have released a report on the tax avoidance of global food giant McDonalds. Unsurprisingly, it is Luxembourg which is again the centre of attention.

According to the anti-poverty campaign group:

“Between 2009 and 2013, the Luxembourg-based structure, which employs 13 people, registered a cumulative revenue of €3,7 billion, on which it reported a meager €16 million in tax.”

In total it is estimated that $1bn in taxes was lost in Europe over a five year period. That’s a lot of happy meals!