John Christensen ■ The Offshore Wrapper: a week in tax justice #48

Greece is the word

Syriza’s election triumph in Greece has provoked media and financial markets hysteria. Overnight the Euro hit a ten year low against the dollar.

Here at Wrapper Towers we have been reflecting on the politics of debt reduction and would like to sprinkle some facts.

Right-wingers argue that the only way to pay back sovereign debt is for the government to stop spending. This will lead to savings, which can be used to pay back debt. At the same time, they say, taxes can be cut to stimulate the economy to generate more growth.

This, of course, relies on a huge assumption. Government revenue will remain the same or increase with higher growth.

Instead what we are seeing in many countries that have taken this debt reduction medicine is that tax cuts mean governments raise less tax, and public spending cuts mean there are fewer tax officials to collect it.

So we end up with more debt, more inequality and poorer services: a triple whammy.

As we recently pointed out , a study from the European Tax Inspector’s Union has shown huge cuts to tax collection agencies across Europe as part of the austerity drive. This has led to tax evaders getting away with it, which in turn harms government revenues.

In Kansas, Art Laffer, the economist behind a right-wing economic ideology, advised the state government. His medicine failed. Instead of tax cuts paying for themselves, a massive hole was left in the state budget. Fiscal conservatism indeed.

And in Greece, despite huge cuts to public services and public sector pay, revenue has dropped too. Greece has not succeeded in getting its debt problems under control. Instead debt has increased from 130% to 175% of GDP since 2010. This is a big reason behind the desire to try something new.

So does a left wing alternative for higher tax and higher spend work or is Greece completely screwed?

First, the IMF has completed a vast study of government fiscal policies over the last 30 years and demonstrated that measures to increase redistribution (higher taxes on the rich) do not harm growth. In fact, more social equality leads to higher growth.

Second, the majority of wealth is held by rich people as a recent Oxfam report has shown (see last week’s Wrapper). All this is to say, the Wrapper Towers Fund (WTF) won’t be selling out of Greece just yet. Transparent as a black hole

No accounting for the Cayman Islands

Tax havens love regaling anyone who will listen that they are well-regulated financial centres.

So we are shocked to learn that when it comes to its own affairs, the Cayman Islands’ government is perhaps a tad less efficient than it may have you believe.

Reader, it is now almost 12 years (yes 4,383 days) since the Cayman Islands government published an audited set of accounts.

It gets worse because last week the Auditor General of the Cayman Islands said he would disclaim the last two sets of accounts, which means he is unable to give an opinion on them.

This is because the various parts of the Cayman Islands government have not given him the information required to determine what is going on with the government finances. Islands: a howl of contempt aimed at the inhabitants of Haven

Last week the Wrapper was invited along to the press viewing of a new play about tax havens, appropriately called Islands.

Our fellow theatre critics gathered that cold evening were generally less than impressed with this production. In fact, two of them used agricultural language about the play.

Some critics damned Islands for not dealing with the hard economic and social justice issues around tax havens.

This might have been a fair criticism, if at any point the play sought to do those things. But it didn’t.

Islands is a play about society and culture. It seeks to ask an important question: what happens to the rich and powerful when they inhabit a world with no accountability or responsibility to other citizens? Where not only do people not have to abide by the law, but they can actually change the law to suit their needs.

The answer in Islands is that they become degenerate, and the play seeks to show this though a carnival of ridicule and obscenity in the Bouffon theatrical tradition.

It is a surreal ride, and justifiably so, though sadly lost on many (but not all) critics, who apparently thought they were going to an economics lecture.

But the Wrapper says ignore them: Islands is captured beautifully by writer Caroline Horton and her superb team.

Islands is at the Bush Theatre in London until 21 February.

Action Aid has just released a report looking into some of the issues around women’s economic inequality and development.

The report deals with a broad range of issues, but also deals specifically with gender imbalance in the tax system. Action Aid says this is easy to identify.

In Morocco for example, joint income is automatically assigned to the man as head of the household.

The full report can be downloaded from here. 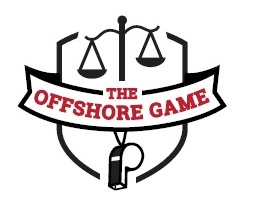 That is the question behind The Offshore Game, a new project from the Tax Justice Network.

In the next few weeks TJN will be launching a major study of the use of tax havens by clubs in the English and Scottish professional football leagues. To find out more visit our dedicated website at www.theoffshoregame.net

Listen here to George Turner and Richard Murphy discuss The Offshore Game on the January 2015 Taxcast.