John Christensen ■ The Offshore Wrapper: a week in tax justice #46

The Lagarde list, a leaked document containing the names of thousands of people with secret bank accounts at HSBC Switzerland, continues to cause problems for the global banking giant.

So far, HSBC has already received an indictment in France for money laundering and the list is the subject of an investigation by the Indian authorities.

Now it is HSBC Argentina in the spotlight.

Last Wednesday, 100 agents from the Argentine authorities raided the bank and seized documents related to an ongoing investigation into tax evasion that arose from the names revealed on the list.

The tax authorities in Argentina have accused HSBC of holding 4,000 secret accounts for its wealthy citizens. Among them, it is claimed, are senior executives of the bank.

In total Argentina estimates that $3bn in taxes have been avoided through offshore accounts managed by HSBC. The bank emphatically denies any wrongdoing and is co-operating with the investigation…watch this space. Should criminals be allowed to manage your money?

The US Department of Labor. That’s who.

Under US law a person convicted of a criminal offence is automatically banned from practicing as a “qualified professional asset manager”. This licence permits investment managers to engage in higher risk investments on behalf of its clients.

Now Credit Suisse is seeking a waiver after it pleaded guilty last year to criminal charges in the US relating to the help it gave US citizens in evading taxes. These crimes were committed over decades. In total Credit Suisse, helped 52,000 Americans evade taxes with secret offshore bank accounts.

Given the past performance of regulators, Credit Suisse must think its waiver is in the bag.

And the bank must have been cock-a-hoop because soon after the company pleaded guilty, banking regulators in New York and the Securities and Exchange Commission moved to exempt the bank from sanctions that would see it lose its banking licence and its licence to trade in securities. It was argued that stopping a criminal organisation from trading would damage the US economy. (Don’t think about this too deeply if you value your cat.)

But wait. Several congressmen have forced a public hearing on the Department of Labor’s decision on a waiver.

This Wednesday, a group of tax justice campaigners will be putting the case for sanity. Let’s hope sanity prevails.

There is speculation from tax experts that key measures to tackle offshore tax evasion are being quietly dropped by the British government.

Strict liability means that a prosecutor does not need to show intent in order to secure a conviction. In this case it would mean just receiving undeclared income from offshore would be a criminal offence.

However when the government published the draft bill at the end of last year this important change was nowhere to be seen. A tax lawyer from UK firm Pinsent Masons has said that he now expects this to be quietly dropped.

Juncker joins the friends of Charlie

We couldn’t issue this week’s Wrapper without some comment on the murderous attack on the French weekly newspaper Charlie Hebdo.

The publication, which has received much attention in the past for their provocative cartoons has also been a fearless reporter on illicit financial flows.

Among the dead last Tuesday was Bernard Maris, the French economist who wrote in Charlie Hebdo as “Uncle Bernard”. Maris was a fierce critic of the excesses of international finance.

Laurent Leger, one of the few survivors of the attack, has blown the lid off a number of corruption scandals during his illustrious career as an investigative journalist. May he continue to do so for many years to come.

The huge demonstration in Paris this weekend was attended by many world leaders, some of whom have a highly questionable commitment on freedom of speech.

A student has tweeted the names, they included the Saudi ambassador to France, a country which just days after the attack on Charlie Hebdo started flogging a blogger for insulting Islam.

One leader who escaped scrutiny was Jean Claude Juncker, the former Luxembourg prime minister who is now president of the European Commission. Juncker was at the front of the march in Paris this Sunday with Francois Hollande.

It was under Juncker’s leadership that Luxembourg fiercely resisted ending banking secrecy laws that facilitated tax evasion. It was Juncker who was the architect of the structure that allowed the country’s tax authorities to sign hundreds of secret deals with major multinationals allowing them to drain billions from the revenues of other governments.

When a whistleblower released details of these deals, Luxembourg brought criminal charges. Has Juncker spoken out against this outrage?

No he has not. Not once.

It is support from places like this that have led a cartoonist from Charlie Hebdo, Willem to say: “We vomit on all those people who are suddenly saying they are our friends.”

Surely the best tribute to those who died for exercising their freedom of speech would be for:

1) Saudi Arabia to stop flogging bloggers.
2) Russia to stop jailing dissidents; and
3) Luxembourg and Switzerland to stop prosecuting those who dare to tell the public about the economic injustices being committed against them.

On the road to Luxembourg 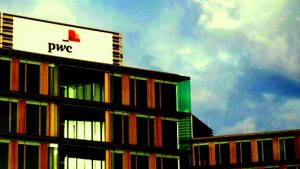 Who are the real wrong-doers here?

Which brings us to our final piece this week. TJN is currently planning an event to highlight the role Luxembourg and PWC have played in undermining the global tax system and intimidating whistleblower Antoine Deltour. The event will coincide with Luxembourg’s ascendance to the presidency of the European Union in July 2015.

TJN is currently seeking help from organisations and individuals to organise the event. If you would like to find out more, or are able to help out, please do get in touch with us at [email protected]