Ahmadinejad: “he was my driver”

The Mafia Capitale scandal has been gripping Italy over the last few months. It involves the corrupt award of public sector contracts in Rome to a network of people associated with extreme right-wing and neo-fascist movements. To find out more listen to last month’s Taxcast.

One of the latest and most bizarre revelations to emerge from the scandal has been publication of an intercepted phone conversation between Massimo Carminati, the alleged boss of an organized crime group, and Paolo Pozzessere, a senior manager at Finmeccanica, the leading Italian arms manufacturer.

Pozzessere, the former commercial director of Finmeccanica, was telling Carminati about his experiences working in Iran.

It turns out Ahmadinejad, the recent president of Iran, was then a young man working in the office of Khomeini. Ahmadinejad, Pozzessere claims, used to drive him back to his hotel. Pozzessere describes the former Iranian leader as a serious man who has had a bad press.

This is more than an amusing anecdote. US officials may well be interested to know more about what Pozzessere was doing in Iran.

In 2006 Finmeccanica assured the US Embassy in Rome that the company had not sold any military equipment to Iran since 1979 when Ayatollah Khomeini returned from exile after the overthrow of the Shah. 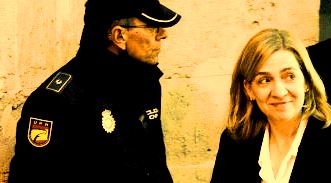 A princess amongst “thieves”?

Just when you thought the Christmas pantomime season was over, along comes Princess Christina of Spain who is being prosecuted for tax fraud, with a trial scheduled this year.

The Swiss-based Christina could soon have “the honour” of being the first Spanish royal to stand trial since the monarchy was restored in 1975 though the beleaguered royal has appealed the decision to try her.

The affair is part of the fall out from the abdication of the previous monarch Juan Carlos, Christina’s father. This follows a series of scandals including an investigation into Christina’s husband for allegedly embezzling public funds.

The new king, Filipe, Christina’s brother, has started to reform the monarchy, by removing rights and privileges from his sister. So no ball for Christina. Israeli Bank Leumi has been fined $400 million and forced to hand over the names of 1,500 account holders by the US government for helping US citizens engage in tax evasion.

Apparently Bank Leumi sought to profit from the flight of US tax evaders out of Switzerland after UBS and other Swiss banks came under investigation. Leumi sent private bankers scurrying around the world to meet clients in parks and coffee shops to discuss offshore banking and opened accounts for people leaving Swiss banks.

The bank also admitted using numbered accounts and fake names as well as companies and trusts in Belize and other offshore jurisdictions in order to hide the identity of account holders.

Bank Leumi is one of Israel’s largest banks with 13,000 employees. But it is not the only Israeli bank to be accused of these practices with investigations underway into two other banks. The affair has prompted an investigation into the role of the Bank of Israel into what it was doing (if anything) to supervise the banking system.

Zambia seeks to clamp down on tax dodging miners

This week the Zambian finance minister, Alexander Chickwanda pressed ahead with tax reforms which will increase royalties on miners in the southern African country.

But Chickwanda thinks that mining companies can well afford to pay more, since they artificially reduce their profits through transfer pricing. 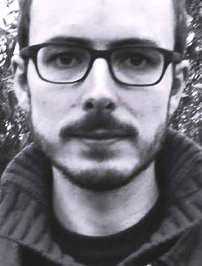 Support Antoine Deltour – a hero for our times

Antoine Deltour, a former lowly employee of PricewaterhouseCoopers, was one of the sources who passed on information about Luxembourg’s role in industrial scale tax abuse.

There can be no doubt that Deltour’s bravery was in the public interest. He has played a key part in exposing how billions of euros have been siphoned out of countries, with help from PwC, depriving governments of tax revenues.

It is as yet unproven whether the actions of PwC constitute criminal activity, but it is worth remembering that PwC will sell tax avoidance schemes which only have a 25% chance of withstanding a legal challenge in the courts. What they rely on is no one finding out. This is why secrecy jurisdictions are popular with bean-counters.

In many civilized countries, whistleblowers are protected when they make disclosures in the public interest. But not in Luxembourg, which is prosecuting Antoine for leaking commercial secrets.

Luxembourg caves in to EU

Luxembourg’s actions look particularly petty when we see that the country has now dropped its legal challenge to provide the European Commission with details of previous tax rulings – the very documents leaked by Antoine Deltour.

The Commission had requested the documents as part of its ongoing investigation into the tax practices of some of its member states. Luxembourg was seeking to prevent disclosure and argued that the Commission was singling them out. Now we all know why.