John Christensen ■ The Offshore Wrapper: a week in tax justice #44

Last week banks and accountants reacted to unwelcome revelations over their tax advice by attacking the messenger.

Court appearances of two whistleblowers who revealed the scale of tax avoidance by international financial institutions went a long way to proving the adage: hell hath no fury like a scorned beancounter.

The first was Rudolf Elmer, a former employee of Julius Baer. Elmer collapsed in court this week during his trial for allegedly breaking Swiss financial secrecy laws. The former employee of Julius Baer was taken to hospital and it is unclear when the trial will resume.

Elmer used to work at the Bank’s Cayman Islands Branch, which suffered a leak via Wikileaks that revealed the bank hiding millions from German tax officials.

Rudolf claims it wasn’t him responsible for leaking information to Wikileaks.

But the Swiss don’t believe Elmer and want to send him to prison.

It seems under Swiss law, exposing a crime is a crime. This, perhaps, is a big reason why Switzerland is the preferred destination for criminals requiring a financial bolthole.

Interestingly while exposing a crime is not a criminal offence in other countries, the Swiss, outraged by basic principles of justice, are seeking to tighten secrecy laws.

Meanwhile, In a Luxembourg Court, Antoine Deltour, one of the men behind the LuxLeaks scandal was charged with theft and revealing trade secrets.

Deltour said that there was no security on the files he took and he was shocked by the content. He also said he was not the only person who was responsible for the leak.

While the companies who abused the tax system depriving governments of billions and the accountants and bankers that helped them continue to walk free, the whistleblowers who helped bring this scandal to public attention face extraordinary harassment and threats to their human rights.  We at TJN think this is an issue that human rights campaigners need to pay attention to.

Juncker refuses to back a public register of beneficial owners

Ten days ago, a group of 45 investigative journalists from around the world, many of whom have been part of the Tax Justice Network’s Illicit Finance Journalism Programme, urged the new president of the European Commission, Jean Claude Junker, to champion the introduction of public registers of beneficial ownership for companies and trusts in Europe.

The European Parliament had overwhelmingly backed a public register of beneficial ownership before Juncker became President.

Junker, as is well known, was the political architect of the transition of Luxembourg into one of the world’s premier tax havens and secrecy jurisdictions.

In response, Juncker said he was seeking clarification on the issue of public registers. Hardly a ringing endorsement.

Earlier this week, a leaked draft of the Anti Money Laundering Directive (AMLD) passed to the London-based Bureau of Investigative Journalism showed that the directive may indeed fall short of making registers completely public.

According to the leaked draft: “Member States may restrict the use of data obtained …to the purposes connected with a legitimate public interest under the EU or national law, such as the fight against money laundering or terrorist financing or associated predicate offences.”

The introduction of this condition is seen by campaigners as watering down what MEPS voted for just eight months ago.

Additionally, the compromise draft allows member states to provide a case-by-case exemption “if this would expose the beneficial owner to the risk of identity theft, fraud, kidnapping, blackmail, violence.”

Last night in Strasbourg, MEPs, the Commission and the Council of Ministers put the finishing touches to the AMLD.

It appears this morning that the public interest test has been inserted into the directive. Furthermore, trusts will remain out of the new European protocol.

This represents a blow to transparency and corruption busters.

It is the criminals, tax cheats and their lawyers who will be celebrating. 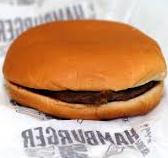 Americans for Tax Justice has estimated that Burger King’s planned merger of Tim Hortons of Canada will save the company $400m to $1.2bn in taxes over the next few years.

Despite the issue becoming increasingly controversial in recent months, Burger King plans to go ahead with the merger and will cease to become a United States company for tax purposes.

The CEO of Burger King, famous for its Whopper, has said the merger has nothing to do with taxes.

Burger King is the biggest supplier of fast food to the US armed services. How long will it be before Congress starts calling time on Deserter Burgers? How can football clubs use tax havens for a competitive advantage? That is the question posed by Matt Scott in Inside World Football.

In recent years football federations have become increasingly aware of football clubs trying to buy success though the financial muscle of their owners. This obviously has an impact on competition.

To combat this, UFEA, the European football federation, has imposed financial fair play rules. These mean that you can only spend what you earn. In other words large cash injections from oligarchs are no longer considered cricket, when it comes to football.

But what happens when you add offshore?

The secrecy provided by tax havens could be very useful in getting around some of the laws of football even if they do not fall foul of criminal or civil law.

Players, instead of being paid through the club, could be paid though an offshore company connected to the offshore holdings of the owner. Already it seems that Manchester City have managed to drastically reduce their payroll by offshoring some of their senior staff.

How these offshore games unfold will be watched closely by the TJN. Stay tuned for updates soon.